Abhishek Bachchan took to Instagram to treat fans with the Sons of the Soil: Jaipur Pink Panthers teaser. Fans are super happy after watching it. Take a look.

Abhishek Bachchan took to Instagram on Friday, November 20, 2020, to share the teaser of his much-awaited series, Sons of the Soil: Jaipur Pink Panthers. Along with the teaser, the actor also penned a sweet note in the caption section revealing details about the upcoming series. On seeing this post, fans and netizens went on to comment on all things nice.

Taking to his Instagram handle, Abhishek Bachchan shared the teaser of his upcoming series, Sons of the Soil: Jaipur Pink Panthers. The documentary series showcases the challenges, the hard work, and lots of efforts the Kabaddi team along with Abhishek Bachchan has put in.

The video starts with glimpses of the team practising and playing. Within a few seconds of the video, Abhishek can be heard talking about his team and the hard work they all have put in and winning at the Pro Kabaddi League that started back in 2014. The end of the video shows the team’s rigorous workouts and how they played during the match.

Along with the video, the actor also penned a sweet note revealing details about the series and how he feels about it. He wrote, “I have never been this excited in my life. This journey has been truly life-changing, can’t wait to share it with you guys! #SonsOfTheSoil, New Series, Dec 4 on @primevideoin”. Take a look at the Sons of the Soil: Jaipur Pink Panthers teaser below.

As soon as the teaser was shared online, fans went all out to comment on all things nice. The post shared by Abhishek went on to garner heaps of praise from netizens. Some of the users went on to congratulate and praise the teaser. While some went on to comment with happy emojis on the post. One of the users wrote, “I loved this”. While the other one wrote, “omg, this is a huge deal. Congrats”. Check out a few more comments below. 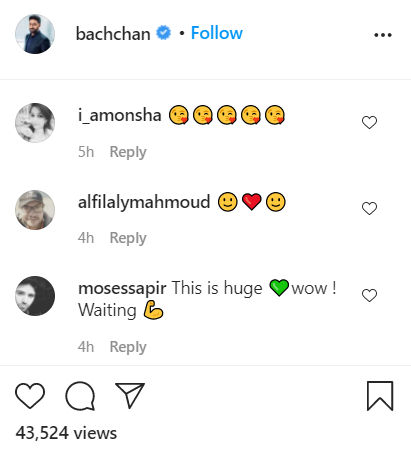 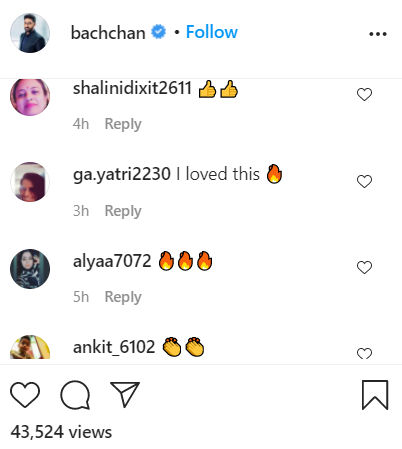 Abhishek Bachchan's Jaipur Pink Panthers Kabaddi team has always given all the other teams in the league a tough competition. In the league's inaugural season, their maiden title win came in 2014. Deepak Niwas Hooda currently leads the team and Srinivas Reddy coaches it. The official theme of the team is Roar For Panthers. Abhishek Bachchan also took to Instagram to share a picture with his team, Jaipur Pink Panthers. Take a look.