Terry Bradshaw's Daughters: Everything You Need To Know About Rachel, Erin And Lacey 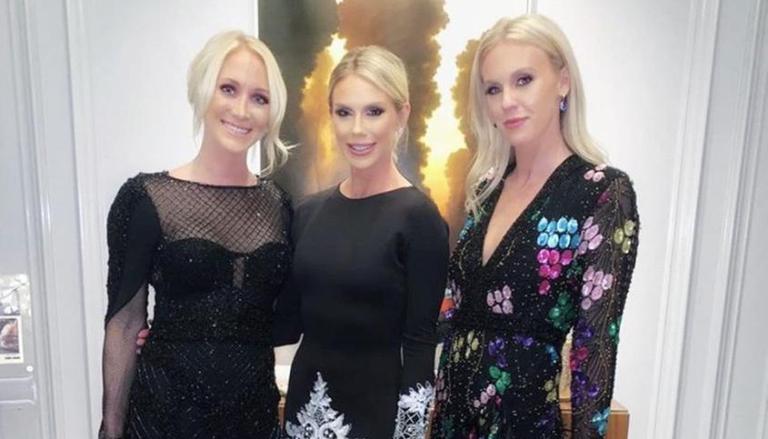 USO gala. What an amazing weekend.

Terry Bradshaw has three daughters, Rachel Bradshaw, Erin Bradshaw and Lacey Hester. Lacey is the oldest daughter while Erin is the youngest. Here are the details about the three daughters according to a report by Your Tango.

Rachel Bradshaw is Terry Bradshaw's daughter with his third ex-wife, Charla Hopkins. Rachel Bradshaw has studied in music at Belmont University in Nashville, Tennessee. After her graduation, Rachel Bradshaw became a real estate agent. She married Rob Bironas in 2014. He was an American football player. Unfortunately, Rob Bironas passed away after three months of their marriage in a car accident. After his death, Rachel turned to music to cope up with the loss. She was later dating Dustin Hughes but the couple broke up after airing of the show, added the report. The show suggests that a Marine might be coming in Rachel’s love life.

Gosh I miss his face! 🖤 Contemplating just putting my wedding dress on again and doing allllllll the photos with John. I need to ask my husband if we can go ahead and renew our vows early so we can bust out #Berta with John. Worth a shot, right?! 🖤🤷🏼‍♀️🤗

31-year-old Erin Bradshaw is an avid horse lover and a world champion equestrian. She is the second and last daughter of Terry Bradshaw with his ex-wife, Charla Hopkins. She tied the knot with her husband Scott in 2017. The married couple now lives on a ranch in Texas. She has also studied Fashion Marketing at the University of North Texas.

Also Read | The Goldbergs Cast: Details About The Actors And Characters They Play In This Sitcom

What’s everyone’s favorite “self care” activity? Mine are art( any outlet, creating or viewing) and a good massage!

Lacey Hester is Terry Bradshaw’s stepdaughter. The 36-year-old is the biological daughter of Tammy Bradshaw from her previous marriage to David Luttrell. She lost her older brother from a drug overdose in 2009. Lacey Hester is married to a private chef Noah Hester and has two kids Zuri and Jeb. Lacey Hester is a coach of a high schools girls basketball team.