The Goldbergs Cast: Details About The Actors And Characters They Play In This Sitcom

Here is a look at The Goldbergs cast and characters they play in this sitcom. The Goldbergs is one of the most popular period TV shows. 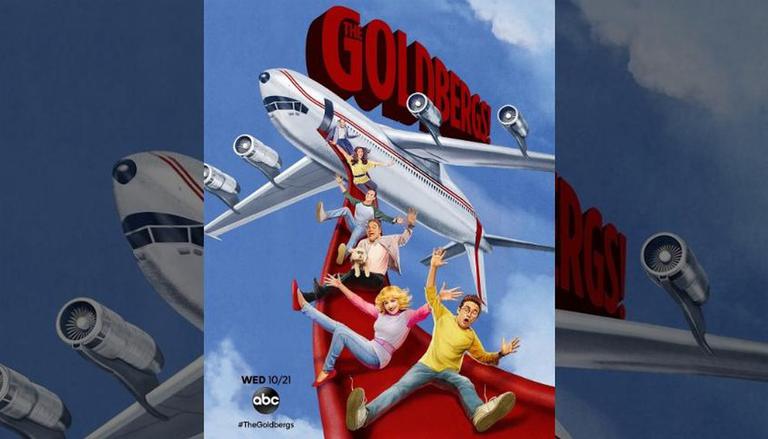 The Goldbergs is an American period sitcom which started in the year 2013. The show is created by Adam F. Goldberg and is based on his childhood and family in the 1980s. The show also features a childhood version of himself. Recently, the eighth season of The Goldbergs premiered for the viewers. As the show is based on the creator Adam F. Goldberg’s family, there are various characters in the show which also exist in real life. A lot of people have been wondering about The Goldbergs cast and their characters. For all the people who are wondering about the cast of The Goldbergs, here are all the details:

Being kind to yourself is so beautiful, but it ain't easy. I struggle with it every day. Making you laugh helps me feel better

The role of Murray Goldberg in The Goldbergs cast is played by Jeff Garlin. He is the patriarch of the Goldbergs. Jeff Garlin is a popular comedian and actor.

Also Read | 'Comedy Couple' Cast List: All You Need To Know About The Actors And Characters

Please notice my new zebra pajamas (I discuss them on this week's episode of @generationripe. I got them on Etsy!) Please do not notice all the clutter behind me! Wait... now you're looking at it aren't you? Damn. . . . . #etsy #zebrachic #pajamas #generationripe #pajamasallday

The role of creator Adam Goldberg was played by Sean Giambrone in The Goldbergs cast. He is a pop culture-obsessed smart, Geeky boy who is taping his family’s activities on a VHS camcorder. Sean Giambrone is known for playing Ron Stoppable in the Disney Channel live-action version of Kim Possible.

Troy Gentile plays the overconfident and slightly dim-witted child in the cast of The Goldbergs. He is determined to dominate at everything he does. Troy Gentile is best known for his role as Mark in Hotel for Dogs apart from The Goldbergs.

Also Read | A Bronx Tale Cast: Read On All About The Cast Of Robert De Niro Starrer

ringing in ✨fall✨ with a new outfit & an old fashioned. What’s your drink of choice? @bru.mate

Is Lainey a real person on Goldbergs?

According to a report by Pajiba, Lainey is not a real person on The Goldbergs. The show is based on real-life family of Goldbergs but the character of Lainey on the show is not a real one. She might have been inspired by Barry’s future wife, the report added.

Are Barry and Erica Goldberg twins?

The series features Troy Gentille as Barry and Hayley Orrantia as Erica. In real life, Barry does not have a sister and instead has a brother named Eric. For the show, the character of Eric was changed to Erica who played the sister of Barry.