That Time I Got Reincarnated As A Slime Season 2: When Will The New Season Release?

That Time I Got Reincarnated As A Slime has been entertaining fans throughout the world ever since its release. Find out when does season 2 release. 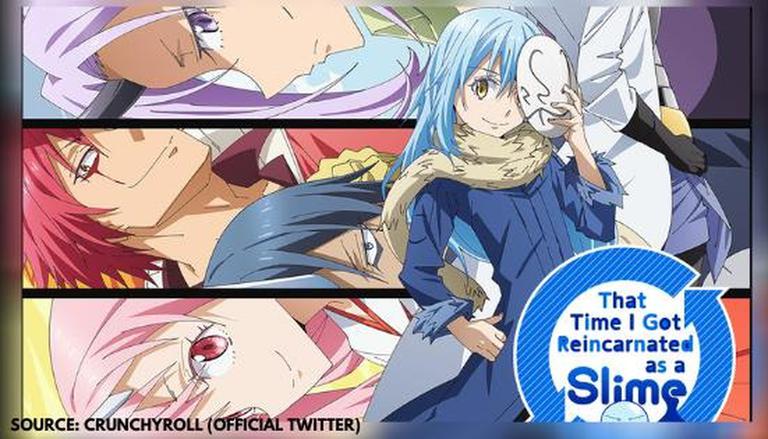 Anime fans are never bored as there are thousands of fantastic anime series that one can binge-watch right now. However, the sheer volume of anime library one can choose from might be overwhelming to many. It is hard for anime creators to make their story stand out and gain the love of audiences. But, in spite of the vast quantity of content out there, recently one anime series has found a breakthrough, That Time I Got Reincarnated As A Slime season 1 became a smash hit across the world, hence, its season 2 is highly anticipated. Read on to find out what is That Time I Got Reincarnated As A Slime release date.

Read | Demon Slayer season 2: When is the second season of the anime coming?

That Time I Got Reincarnated As A Slime: About the anime

According to Crunchyroll, That Time I Got Reincarnated As A Slime is based on a Japanese fantasy light novel series written by Fuse, and illustrated by Mitz VahSatoru Mikami. The story of the series chronicles around a 37-year-old ordinary corporate worker living in Tokyo. He is almost content with his monotonous life and seems to be okay with the fact that he doesn’t have a girlfriend.

However, his monotonous life comes to a screeching abrupt halt, when during a casual encounter with his colleague, an assailant pops out of nowhere and stabs him. As he is succumbing to his injuries and breathing some of his last breaths, a mysterious voice echoes in his mind and recites a series of commands which he could not make sense of. However, after waking up he realises that he has been reincarnated as a Slime in an unfamiliar world.

Read | Genshin Impact review: Is the free-to-play anime game worth it?