'WandaVision' episode 5 has introduced the strangest cameo ever in the MCU which has left the audience baffled. Read more to know about it. 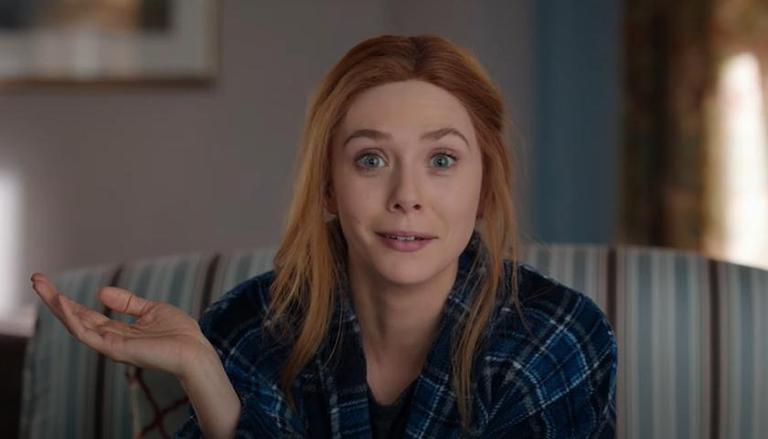 The story ahead contains major spoilers from the WandaVision episode 5. As episode 5 nears its end, WandaVision gets introduced to one of the unexpected characters—Pietro Maximoff AKA Quicksilver. Wanda’s dead brother shows up at her door. What’s more surprising is that the Quicksilver is not MCU’s Aaron Taylor-Johnson playing the character but Evan Peters who has played the character in Fox’s X-Men universe. Viewers were left wondering about the cameo and the actor playing the role.

Evan Peters has played Quicksilver in X-Men: Days of Future Past and X-Men: Apocalypse. He had also received praises from the audience as well as critics for his role even though the movies received mixed reviews. One should also take note that this is not at all some regular world recasting. Darcy, played by Kat Dennings, has confirmed that this is some never-seen-before weird in-universe recasting. She said, “She (Wanda) recast Pietro?"

This is the first instance where one of the characters from Fox's X-Men has played the same role in an MCU project. The surprising cameo has opened up the doors of some fascinating possibilities in the MCU and their upcoming projects too. According to a report by IGN India, it was clear for some time that the mutants would be finding their way into MCU in some form sooner or later. The fans were just confused and speculating about how that would happen. This recent cameo has further intrigued the audience.

It is also possible that the upcoming introduction of the multiverse can pave the way for mutants’ entry into MCU. This cameo could also mean that she has pulled a different reality’s Quicksilver into her own as Pietro was killed in Avengers: Age of Ultron. If this is a formal crossing over of the X-Men Universe with MCU, the viewers are now wondering can Patrick Stewart's Professor X, Ian McKellan's Magneto, or Hugh Jackman's Wolverine make their way in MCU? The audience will have to wait for another week to get some clarity about all these answers with WandaVision episode 6.

WandaVision episode 5 time of release was around 12 AM according to PT. The run time of the episode is also around the half-hour mark. The series releases a new episode every Friday at 1.30 PM according to IST.

In WandaVision episode 5 sees a direct commercial reference being made for the first time. According to a report by gamespot.com, Lagos on WandaVision episode 5 reference can be seen as the paper towel brand mentions "for when you make a mess you didn't mean to". For the unversed, in Captain America: Civil War, Wanda accidentally blows up a building Lagos which leads to the Sokovia Accords.

Image Credits: A still from the promo

WE RECOMMEND
'WandaVision' Episode 5: All we know about the upcoming episode; leaks and spoilers ahead
When will 'WandaVision' episode 5 release on Disney Plus? See details
WandaVision star Kat Dennings opens up about her MCU return: 'It was Unexpected'
How the WandaVision team got the right look in terms of cinematography
Aloha Rodeo adaptation to be made by Disney; Chris Kekaniokalani Bright to helm the script
Listen to the latest songs, only on JioSaavn.com