Wandavision Leaks: Find Out Spoilers From The Show's Upcoming Episode 5

MCU recently released its new web series 'Wandavision' on January 15. Read on to find out spoilers for the upcoming fifth episode of the show.

The Marvel series WandaVision has caused quite the stir ever since it was released on Disney Plus. The 9 episode miniseries airs one episode every week and it has recently released its episode 4 titled We Interrupt This Program. The episode has created quite the mystery and has left fans at the edge of their seats. Hence, many fans are curious to know Wandavision episode 5 spoilers and leaks.

Read | 'WandaVision' episode 4 cast: Know all about the actors & their characters in MCU series

The premise of episode 5

Following the events of Episode 4, the fifth episode will pick up from the ending of the previous episode. Fans will probably see a mix of the WandaVision sitcom and the concurrent situation outside the border. According to Disney Plus’ official website, in the fourth episode of the sitcom, Dr Darcy is already invested in and things are set to l take a whole new turn. The next episode will be set in the ‘80s time period which is suggested by what the characters of the sitcom are wearing. It would focus on finding answers as to what is inside Westview now that they have a “first-person perspective” of the world inside of it. 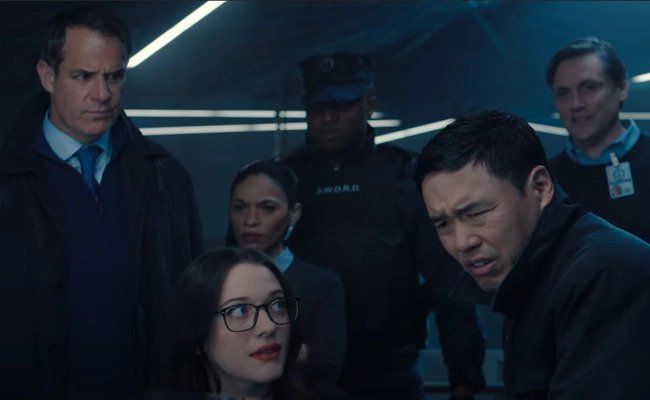 Read | When will 'WandaVision' episode 5 release on Disney Plus? See details

According to a report in Epic stream, a popular theory suggests that it must have been Wanda all along, the controls, the mind behind Westview, and the whole new life where she and Vision now have some sort of a “home.” But this could very well be a theory if we go by what Wanda said in the trailer. She said she has no idea how any of it started but she just embraced what is given to her, a new life with Vision. It is natural that Wanda would embrace the new life without much head-scratching as she has spent the most time in the MCU mourning people she loved and lost. Read | Wandavision Easter Eggs: Did you know the reference behind Geraldine's necklace?

Till what extent does Wanda control the Westview?

The pressing question here is that if Wanda does in fact control Westview, does she control all of it or is she sharing control with someone else.  In the fourth episode where Dr Darcy noticed the glitching twice, which means that someone else was cutting off the episodes on the broadcast. Another theory suggests that there is a good chance that Wanda and Vision are fighting against each other than alongside one another.

In the trailer of the episode, “Vision” asks Wanda what is beyond Westview. Hence, it might be possible that Vision would turn against Wanda once he knows of the true nature of their “home” and instead of fighting for it, he could fight Wanda because of it. We have clearly seen that Vision is a man of morals while Wanda is a depressed woman who just wants a new chance in life.