Warrior Nun Season1 was released on Netflix on July 2, 2020, and viewers across the world are enjoying it. Find out where was the show filmed. 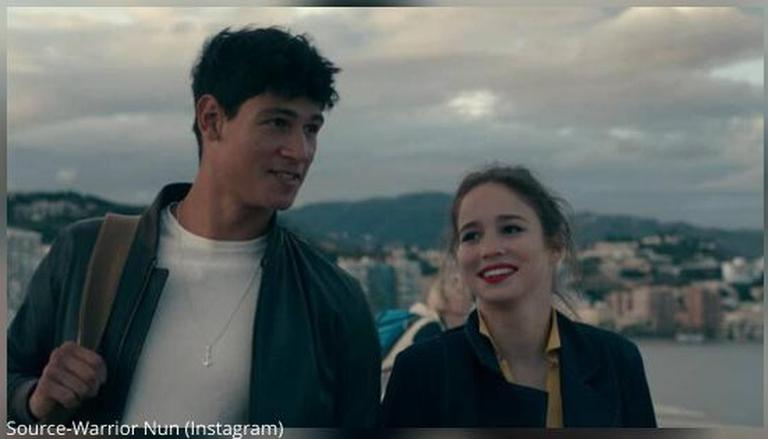 Warrior Nun is Netflix’s new fantasy action series. Warrior Nun on Netflix is helmed by Canadian director Simon Barry and is loosely based on comic artist Ben Dunn’s popular comic Warrior Nun Areala. One of the main attractions on Netflix’s Warrior Nun, aside from its cast and intriguing storyline, is its scenery. Read on to find, “Where was Warrior Nun filmed?”

Read | Warrior Nun Cast: Find out who plays all fan favourite roles on the Netflix show

Warrior Nun Locations also included Marbella, Ronda, Antequera, Málaga, and Sevilla in Spain. St Michael’s Orphanage, where the protagonist Ava was originally living, is actually La Térmica Cultural Center, which is located in the southern Spanish city of Malaga. In Warrior Nun on Netflix, the orphanage’s temple exteriors were actually filmed in Baroque Encarnación which is an eighteenth-century Catholic church in Marbella. Cameras for the filming of Warrior Nun were also rolled in the courtyard of The Royal Collegiate Church of Santa María La Mayor in Antequera. This Warrior Nun location has made recurring appearances throughout the 10 episodes of Season One. The Church of Santa María serves as the headquarters of the Order of the Cruciform Sword in Warrior Nun on Netflix.

Read | 'Warrior Nun' ending explained: Here are the mysteries which were unveiled in the finale

The scenes in the show which are set in Rome, are largely shot in Andalusia apart from a couple of exterior shots taken at the  Vatican City. In Warrior Nun on Netflix, beautiful Spanish cities of Malaga and Sevilla appeared as the Italian capital. In fact, the Malaga Cathedral was shown as the Basilica where the new Pope is elected.

Among Warrior Nun Filming Locations was the Almodóvar del Río Castle in Cordova. This place was previously featured in Game of Thrones season seven. It was portrayed as Highgarden. The Royal Alcázar of Seville, which appears in episode nine and 10 in Warrior Nun on Netflix, was used to depict Dorne in Game of Thrones.

Read | What time does 'Warrior Nun' release on Netflix? Read about the new fantasy series

22-year-old Portuguese actor Alba Baptista plays the lead role of Ava in the show. Ava is a 19-year-old who wakes up in the morgue and shockingly discovers that an angelic halo has been planted in her back. The halo cures Ava's paralysis and gives her superpowers. It also burdens her with the mantle of being a formidable 'Warrior Nun' and fighting for the good against the evil.