What Language Is Tribes Of Europa In? Here's All About The New Netflix Show Netflix debuted a brand new series called Tribes of Europa on February 19. The sci-fi show is set in the future, the show revolves around the story of a dystopian world ruled by unruly and barbaric tribes who are seeking supernatural powers. Not only is it set in a dystopian future but it portrays scenes of extreme violence as well.  Read on to find out what language is Tribes of Europa in?

What language is Tribes of Europa in?

Tribes of Europa is primarily a German language show but it has also been dubbed in English. German and English subtitles are also available for the show. Set in 2074, the show follows the happenings in the continent of Europe which has turned into a land ruled by barbaric feudal tribes with a lot of technical know-how. The Premise of Tribes of Europa

Tribes of Europa season 1 is set in 2074, where three siblings set out to change the fate of Europe after a global catastrophe causes the continent and the lives of its inhabitants to fracture. All the European nations have ruptured into dystopian warring tribal micro-states that vie for dominance over the other states. The three leads get caught up in the conflict when they come into possession of a mysterious cube. These three siblings come from the peaceful Origine tribe. They are named Kiano, Liv and Elja but are separated and forced to forge their own paths in an action-packed fight for the future of this new Europa. However, things take a fatal turn when young Elja is tasked with bearing the mysterious cube belonging to the Atlantean tribe, he finds that other, more violent tribes are all-too-aware of its existence. 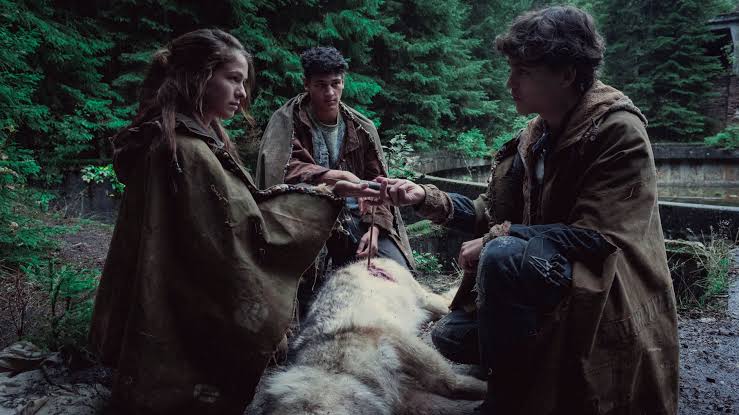 What is the Tribes of Europa Atlantean cube? When Elja first comes across the cube, it is a mysterious artefact for him. The viewers are also unaware of what it is and what power it holds. We later learn that the cube is a piece of Atlantean technology and later a pilot reveals that the cube can lead Elja to all the answers he has been looking for. The Atlantean cube also posses information about Black December. But to receive the answers, Elja must return the cube to its home, the Ark.

Read | 'Behind Her Eyes' Cast: Who plays who in the Netflix psychological thriller series

Very early on in the show viewers are made aware that technology is valuable in the world of Tribes of Europa, but Moses reveals that the cube’s Atlantean origin makes it worth a fortune. Apart from this, the cube is also an efficient guidance system. It is capable of transforming into a destructive laser gun and contains a crucial message.

Read | The Big Day: Know all the stunning wedding venues from the Netflix documentary