Who Is Rachael Kirkconnell? Learn More About Matt James' 'The Bachelor' Contestant

The Bachelor's brand new season starring Matt James premiered on ABC on January 4. Read on to find out who is Rachael Kirkconnell from the show.

The brand new season of ABC’s The Bachelor featuring Matt James started airing on January 4. While the Bachelor nation fans are still getting over how fantastic Tayshia’s season of The Bachelorette was, without a doubt this brand new season will be packed with entertainment as well. Many fans are already hooked on the show after episode 1 was released on January 4. The premiere episode introduced all the contestants from Matt James’ season and sparks between Matt and some contestants had already begun to fly. One of these contestants was Rachael Kirkconnell. Find out, “Who is Rachael Kirkconnell?”

Read | Matt James becomes the new Bachelor, here is the full cast list of the women this season

In the premiere episode, fans saw that Rachael arrives to meet James early on in the evening. She arrives in the first limo on night one of The Bachelor. Like many other contestants who came later in the evening, Rachael did not have any cheesy one-liners to tell Matt. The 24-year-old instead took the other route and was more honest and vulnerable with him.

Many fans fell in love with Rachael too, as she was being very vocal about her feelings of nervousness. As soon as she stepped out of the car and began walking towards, she muttered, “Oh my gosh, I am in trouble” as she walks up to James. She then continues, “I made it. I’m so nervous, can you feel me shaking? I just want to say that you are the reason I am here. I am so happy that we get to do this thing for the first time together.” As Rachael walked away from their small talk, Matt says, “She was beautiful, Wow.” After another small talk with Rachael at the cocktail party, he adds to his opinion of her, “She’s beautiful, articulate and sexy.” 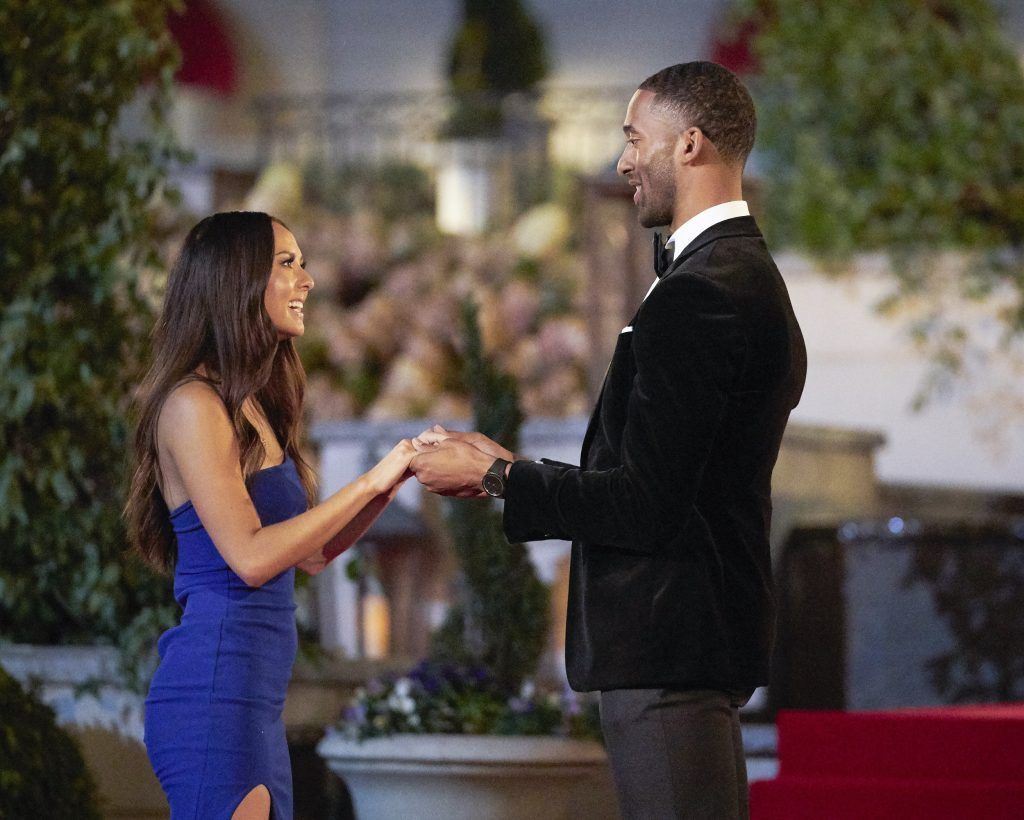 Source: Still from The Bachelor (ABC)

Read | 'The Bachelor 2021' is about to start airing, here are major spoilers from the new season

Who is Rachael Kirkconnell?

It was evident from their first conversation that Rachael has a warm and loving personality. This southern sweetheart hails from a close-knit family. In her ABC bio, Rachael reveals that she is a hopeless romantic to her core, but has never been in love and believes that Matt may just be the guy to change that. She also states that her favourite way to pass time is by doodling. She hates slow drivers and is very neat with organisation and cleanliness, and messy with plans and schedule.

Do Rachael and Matt end up together?

It was Abigail who received the first impression rose on night one, but Rachael did manage to swoon Matt. According to Reality Steve, Michelle Young who arrives after the second rose ceremony and Rachael Kirkconnell makes it to James’ final two. The spoiler king, Reality Steve is often correct about these kinds of details. He had also predicted who would be the winner of Tayshia’s season and his guess was right. However, sadly this time around, he is sceptical about Rachael winning. Reality Steve mentioned in his blog that if she did win Matt’s season, then she and her family are doing an awful job of keeping it secret because the word is spreading around Cumming, GA, faster than one can expect.