Who Plays Kate In 'Firefly Lane': Details About The Character And The Actor Who Essays It

Read this article to know who plays Kate in Firefly Lane. It is a drama series based on Kristin Hannah's book and is at present streaming on Netflix. 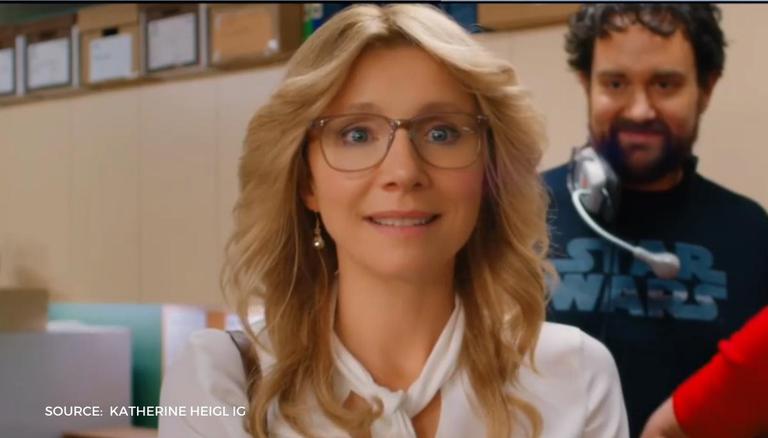 'Firefly Lane' is a drama series based on a book by the same name written by Kristin Hannah. The series tells two friends' story and how they cope with their lives and remain closer despite all the odds. It traces the journey of high school pals Tully Hart and Kate Malarkey, who are on the different roads of life but support each other while facing other challenges. The show covers an intertwined timeline of past and present; starting from the 1960s to the 2000s.

Also read: Is 'Firefly Lane' Based On A Book? Find Out What The New Netflix Drama Is Based On

While Tully is a famous talk show host and anchor of “The Girlfriend Hour”, Kate is struggling with a divorce and looking forward to restarting her professional career after motherhood. At present, the show is streaming on Netflix. If you are interested to know who plays Kate in Firefly Lane, here you can find all the answers to your questions. Read this article to also know does Kate die in Firefly Lane.

Who plays Kate in Firefly Lane?

Also read: Netflix's 'Firefly Lane', 'The Girl On The Train' And Other Originals Adapted From Books

She had to transform from an 18-year-old girl to a 42-year-old mother for her role. Sarah told her experience on an interview to The WRAP on 3rd February 2021. She said that she had the chance to get styled with fashion trends from different eras like the 80s, the 90s. She also added that CGI and technology alongside makeup, wigs and tapes were used to give her the look of a young woman.

Who is Sarah Chalke?

Sarah is a Canadian born actress and voice over artist. According to IMDB, Sarah Chalke was born on 27th August 1976 in Ottawa, Ontario. She debuted on the screen with a TV movie named City Boy in 1992. Later, she portrayed the role of Becky in the TV series Roseanne. She was also seen in other films and TV series like Stand Against Fear (1996), Nothing Too Good for a Cowboy etc.

Does Kate die in Firefly Lane?

The season one ends with Kate and Tully bonding together and discussing their future while her phone rings. But the show gives a cliffhanger ending. The show jumps to the future and shows a glimpse of a funeral. Does Kate die in Firefly Lane? It is unknown whose funeral is being held. Hence, it cannot be said that Kate dies at the end of season one. Fans need to wait for season two to know the answer.