Why Did Nell Leave NCIS LA? Know What Happened To The Character

The American action police procedural TV series NCIS LA has gained a substantial fan following ever since the show started in 2009. The show has been running successfully for 12 seasons now. The CBS show chronicles the exploits of the Los Angeles–based Office of Special Projects (OSP), which is an elite division of the Naval Criminal Investigative Service. They specifically specialise in undercover assignments. The series’ original cast included Chris O'Donnell, Daniela Ruah, LL Cool J, Peter Cambor, Adam Jamal Craig, Linda Hunt, and Barrett Foa. But the cast was rebooted with a new generation of actors in the ongoing seasons. Read on to find out why did Nell leave NCIS LA:

Read | Who is Alexander Ludwig's girlfriend? Vikings star gushes over his new partner

Why did Nell leave NCIS LA? 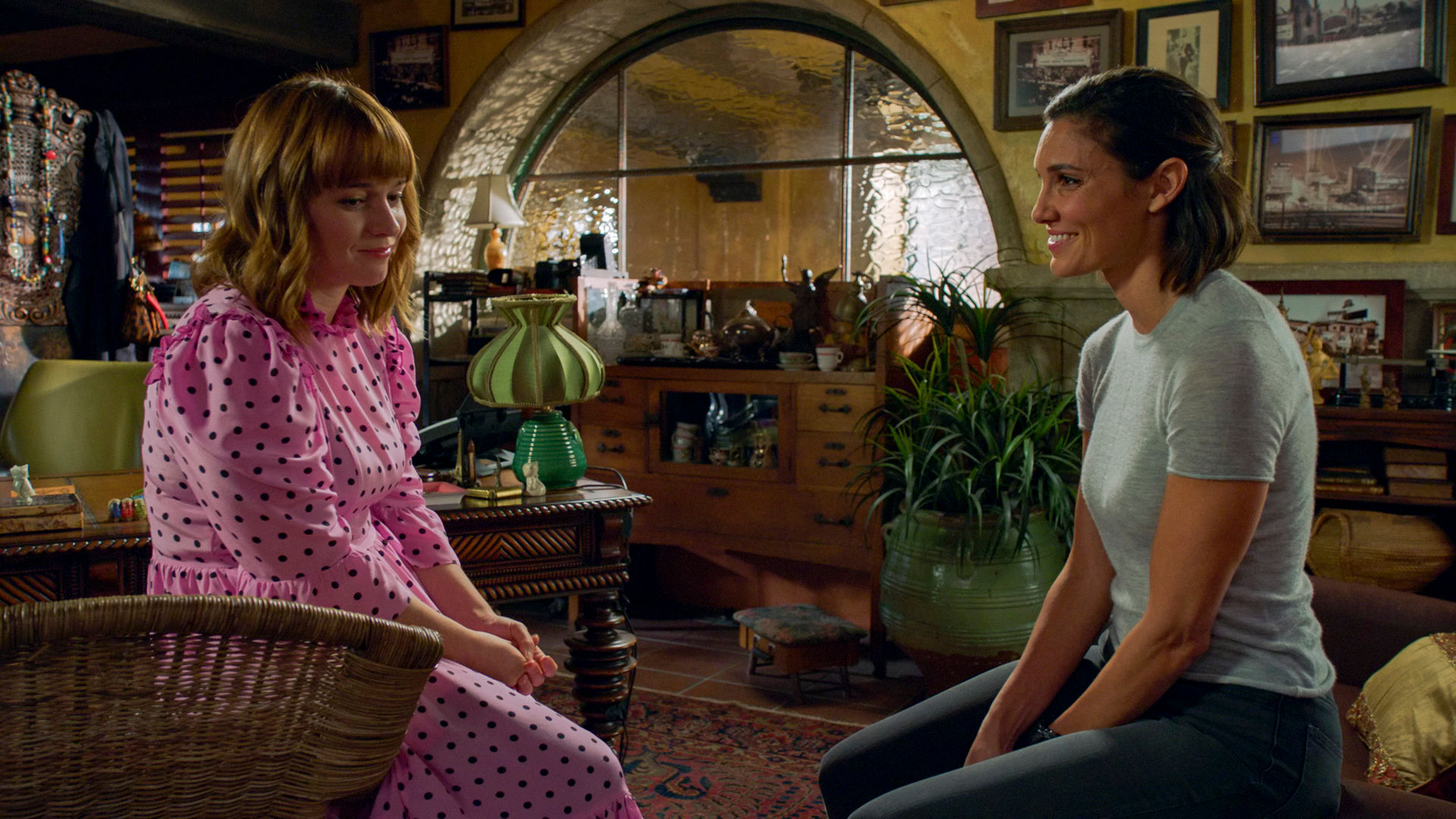 CBS announced this year that the drama series has been confirmed for another season, along with NCIS New Orleans. While this news rejoiced the fans they were taken aback to hear that an actor behind one of the show’s lead cast members is leaving the show. A report in Daily Mail has revealed that the actor Renée Felice Smith who plays the frumpily dressed Nell Jones on the show has departed from the show.

Read | 'Grand Army' on Netflix: Here's what happened to Joey on the show

What happened to Nell?

During season 11 of NCIS LA, fans could see that Nell was clearly growing restless and frustrated by the absence of boyfriend Eric Beale (Barrett Foa). Beale did not inform her where he was going and she was left in the dark like the rest of the team. When Beale returned, Nell discovered that Operations Manager Hetty Lange (Linda Hunt) had sent him on a secret mission that he wasn't allowed to divulge to anyone, not even Nell.

While Nell understood the nature of her boyfriend’s job, she couldn't help but feel withdrawn from Eric. She even told him they need to slow their relationship down because of this unprecedented break. However, Nell was going through a lot more than what was apparent on the surface. She finally confided in Agent Kensi Blye (Daniela Ruah), and revealed that she no longer looked forward to going to work in the morning.

At the end of the episode, Fortune Favors The Brave, Nell handed in her resignation letter and shocked the fans. But Hetty didn't accept it and told Nell to take up some days off, relax and figure out what she wanted to do next. While Nell did agree that she was not featured in the rest of the season.

Is Nell back on NCIS LA’s new season?

It appears as though actor Renée Felice Smith has decided to part ways with the show. A report on TV Line has stated that Smith has taken time off from the CBS show to pursue some of her other interests. Nell apparently made her exit to "free up Renee Felice Smith for an outside project.” Upon some sleuthing, in Smith’s IMDb profile it became clear that she is currently working on a short film called Someone to Carry You which is now in post-production. Hence, it might be coming any time now.

I’m on lookout from my Crow’s Nest, solar charging, nail biting, amongst other things. I’ve been standing here since the wee hours of November 9th, 2016. Just shy of four years now. Waiting. Manifesting a behemoth of a wave, a wall of blue to wash all this social unrest away. That’s what science tells us about waves after all, they restore calm to the surface. And boy, are we in desperate need. Thing is, the wave will only come if the winds of change are strong enough to birth it in the first place. So, I say, get out and start blowing 💨 I mean, VOTING! 🇺🇸 and let’s ride this blue wave into calmer, brighter waters. 🌊🌊🌊🌊🌊🌊🌊🌊 💙💙💙💙💙💙💙💙 Stay in line. Wear a mask. See you on the other side. 🤞✌️

Why does Nell dress so Frumpy?

Ever since the first time, Nell was featured on NCIS LA, her peculiar dressing sense caught many eyeballs. But it looks as though frumpy dressing sense says a lot about her the character and her origin. Nell or the Nellverine is known in her team for her undeniable talents for tackling opponents twice her size. Her quick-witted comebacks and an eye for broad-shouldered frocks definitely captured the hearts of many fans. The frumpy dressing goes very well with Nell's character traits, that's why the showrunners must have given the character that quirk.

I feel like in the #NCISLA universe, Hetty and RBG are BFFs so I’ve been wearing this mask* in hopes of embodying even a thimble’s worth of their “though she be but little, she is fierce” energy. ✨✨✨✨✨✨✨✨✨✨✨✨✨✨✨✨ We’ve come together as a team to make this show during a deadly pandemic. Feels like a premise only our writers could have come up with! And yet, this is our collective reality. It’s been quite inspiring to witness three hundred plus people assemble in effort to make our show WHILE keeping each other safe. Happy to report, we did it! And tonight, you get to reap the bennies! Catch our Season 12 (whuuuut?!) Premiere tonight! @ncisla only on @CBS #hetty #RBG #BFF *RBG Mask made by our very own @hillscohen 🙏✨🏆

Read | Country Ever After: Will there be a season 2 for the popular Netflix show?

In its Season 12 premiere, NCIS LA paid tribute to David Bellisario. Bellisario was a television producer who worked on NCIS: LA, original NCIS, its precursor JAG, Quantum Leap, and Magnum. After working on the show for 11 seasons, Bellisario died in August 2020 at the age of 64, after a battle with brain cancer.