Will There Be 'College Romance' Season 3? The Successful TVF Venture Lands Into OTT 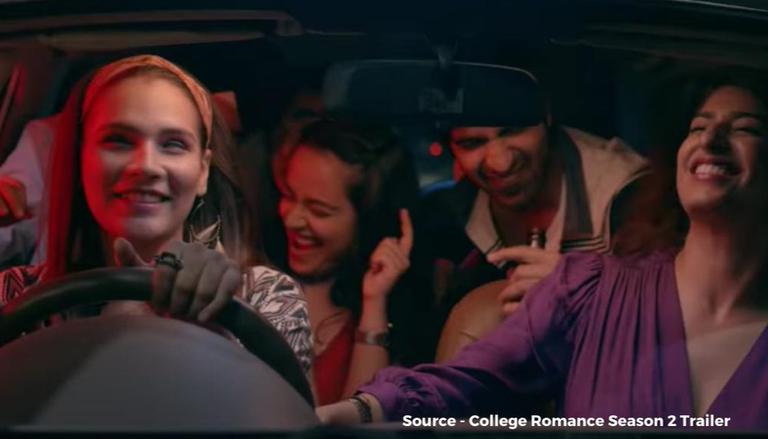 College Romance is one of the shows that is gathering a lot of attention from fans. The show promises its viewers all along is that it is relatable to every group, showing different college experiences. The show returned with its second season this year and fans are already eager to know when it will come back again. Let's get down to the details.

Will there be College Romance Season 3?

College Romance follows the story of three best friends Trippy, Naira and Karan, who evaluate between friendship and romance as they tackle college drama. The second season of the successful TVF venture premiered on SonyLIV this time, as opposed to the last time when the series could be directly viewed on YouTube for free. Owing to the prominence of the platform, fans were delighted to know that TVF could achieve such a milestone with this partnership and are sure that the show will renew soon.

Although there has been no confirmation on the same from both TVF and SonyLIV, the overall positive reviews for the show is hinting that a comeback is possible. Typically, a series gets renewed after 90 days of viewership supervision on OTT. Assuming SonyLIV takes the same route, it can be inferred that a confirmation will be on the way soon. Therefore, it is safe to say that College Romance Season 3 release date can be confirmed only if the ongoing season gets the viewership it's expected to get.

More about the show

With a solid rating of 8,9/10, College Romance has soared up to being one of the best YouTube shows to have entered the OTT platform, alongside Little Things. The much-loved show takes a rather emotional route this season as the creators have promised to portray heartbreaks amidst the fun as the troop discuss their individual futures and the possible parting of ways. According to critic reviews, this season hasn't lost its essence as the fans had previously argued, and has, in fact, improved on a number of aspects including the dialogues as the lead characters are handled with much more sensitivity this time.

Also Read - If You Loved 'College Romance', Here Are Other Shows To Watch As You Wait For Season 2