‘You’ Season 3: Did Penn Badgley Predict Joe And Love’s Twisted Fate Back In 2019?

‘You’ Season 3 was recently released on Netflix and left all psychological thriller fans in awe. Here’s what Penn Badgley predicted about the show in 2019. 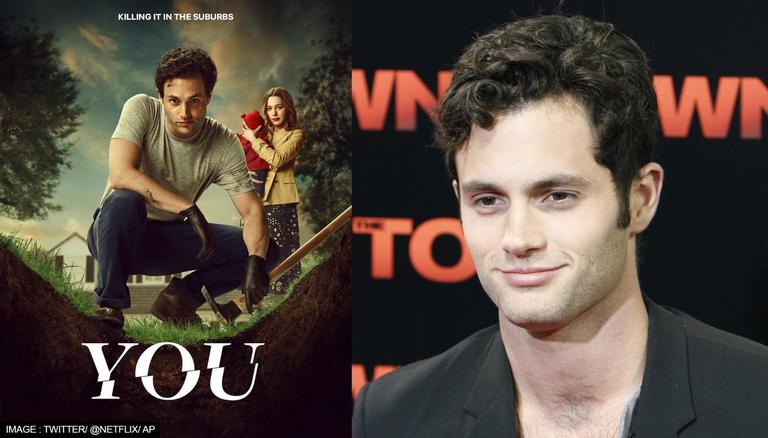 
You Season 3 was recently released on Netflix and left all psychological thriller fans in awe. The latest season of the show explored Love Quinn, played by Victoria Pedretti's true colours as she was revealed to have murderous tendencies too by the end of Season 2. In an earlier interview with Vanity Fair in 2019, Penn Badgley, who plays the lead role of Joe Goldberg on the show, had predicted that his character and Love would eventually begin to hate each other.

Penn Badgley predicted the ending of 'You' Season 3 in 2019

The latest season of the Netflix thriller show saw Joe and Love move to the suburbs and try to start a new life with their child. However, after Joe fell back into his old ways, things took a turn. However, the actor had mentioned in an interview two years ago that it was common in relationships for one to see their partner as an 'adversary'. This is exactly what happened in Season 3 of the show, where Love and Joe each make attempts to kill the other after harbouring hatred for their spouse for a long time. The actor then revealed that he made the prediction by chance and had no idea where the show was going.

Penn Badgley rose to fame after his role in Gossip Girl and playing Joe took his fanbase to another level. The actor receives the most bizarre requests on social media and recently replied to a netizen who requested him to kidnap them. They wrote, "Ayoooo kidnap me[sic]," and the actor jokingly replied to them as well. He wrote, "Idk why but when “kidnap me” is prefaced by “ayoooo” it has a completely different ring to it and I’m not mad[sic]."

READ | 'You' star Penn Badgley opens up about parenthood during pandemic; 'It's been a joy'

Idk why but when “kidnap me” is prefaced by “ayoooo” it has a completely different ring to it and I’m not mad https://t.co/zj9RZ1jVSr

The actor also had an exchange on the micro-blogging site with rapper, Cardi B, who cast herself in the first episode of the next season after the two interacted on Twitter. She mentioned what role she would like to take on and imagined the scene would take place at Paris Fashion Week. She also added a dialogue that sounds similar to Joe Goldberg's from the show. She wrote, "So it's episode 1 and I'm at Paris Fashion week shutting it down! I turn around and there stands YOU[sic]."

So it’s episode 1 and I’m at Paris Fashion week shutting it down! I turn around and there stands YOU

Ok finish it off @netflix 😌 pic.twitter.com/Y0TEKwlPbQ

WE RECOMMEND
‘You’ season 3: Makers release poster with promise of Joe and Love 'killing it' together
'You' Season 3 Twitter Review: Fans confused whether to 'love or hate' Joe
'You' actors Penn Badgley, Victoria Pedretti 'felt strange' filming intimate scenes
'You' star Penn Badgley has interesting response to fan's 'kidnap me' plea
Cardi B & Penn Badgley bond over Twitter exchange; rapper pitches herself role in 'You'
Listen to the latest songs, only on JioSaavn.com