A brother and a sister Golden Lion Tamarin can be seen munching on the delicious snack their handler offers inside the cage as they prepare for training.

A cute footage of two golden monkeys snacking prior to their workout session has intrigued the internet. In footage shared by the official Facebook page of Akron Zoo, a brother and a sister Golden Lion Tamarin can be seen munching on the delicious snack their handler offers inside the cage as they prepare for training. The 59-second clip opens with the golden coated smart monkey jumping in excitement as it sees food and reaches out to grab it.

“Most people try to avoid eating snacks while on the scale, but not our golden lion tamarins! Mico and Coco are brother and sister and the two monkeys enjoy training sessions in their behind-the-scenes bedroom with their care team,” the zoo wrote in a post on Facebook. “Of course, it does include tasty snacks as positive reinforcement!” it added. The footage was captured by Keeper Brenna. The golden furred siblings can be seen trying to balance themselves on the wooden branch as they workout. However, they are also spotted nibbling on snacks. Akron zoo informed in the comments that the two siblings lived in their rainforest habitat in the Komodo Kingdom.

Monkeys not for public to see

Further, the zoo also revealed that the two monkeys are not out for the public to see due to the fact that Komodo Kingdom is closed amid the COVID-19 pandemic.  Relating to the animals having snacks during their workout, users said that it seemed like the two animals have goals. Another user called the majestic creatures beautiful and thanked the zoo for posting her “favourite animals”. The zoo replied, “that’s our goal”. 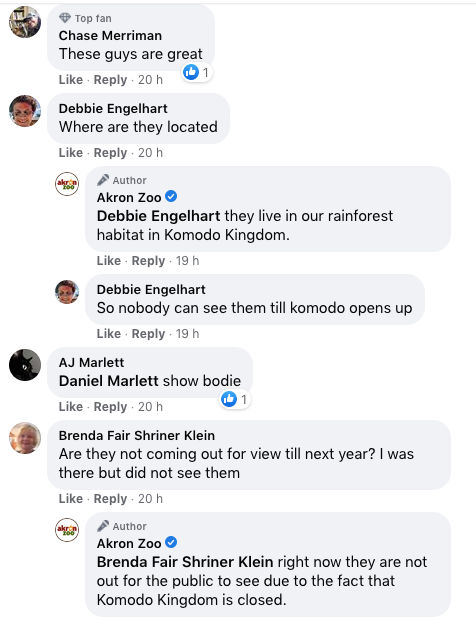