In a gripping moment, a black panther drags a venomous anaconda out of the water as a fierce battle between the two predators ensues. Shared out of the official Twitter handle of Brazil's Biodiversity centre named 'Biodiversidade Brasileira', the nearly 10-second-long video left the internet stunned as the gigantic black panther, takes on the majestic American green anaconda in South American forest. The old video has resurfaced online and has thrilled the wildlife buffs as the world's biggest snake is seen struggling for survival as it retaliates to the deadly blows of the wild cat inside the river. The clip amassed more than 77,000 views and a slew of reactions.

As the clip opens the large constrictor snake is seen slithering as a confrontation breaks out between the two species. The vicious snake throws predatory strikes at the panther, attempting to coil around the carnivores. Escaping the deadly snake's attempts of savaging him, the Black Panther swipes against the reptile with its sharp claws, eventually pulling it out of the river as two indulge in a fierce battle.  "Very rare record of a jaguar fighting an anaconda," the biodiversity center wrote in the caption of the footage. Internet was rendered speechless at the panther trying to brutally maul America's scariest snake. As the panther launches an attack, the anaconda escapes mutilation and hisses in the shallow channel, resisting being dragged onto the land by the wild cat.

Sharing another image, the biodiversity informs the viewers that, the jaguar indulged in the deadly fight is a "melanic jaguar, that has an excess of melanin in the body, when compared to the other variation. But even if this difference occurs, it remains the same species, Panthera onca." Admiring the video, a commenter wrote, "Jaguar is awesome. It eats anaconda, eats alligator, eats tortoise, eats wild boar. Lion sucks, just eat the carcass." Another said, "I saw a longer version of this video once. The jaguar manages to slaughter the anaconda. I'm not a biologist or a veterinarian, but it seems to me that it causes a fracture in the snake's spine. Hence she loses part of her movements and cannot resist." 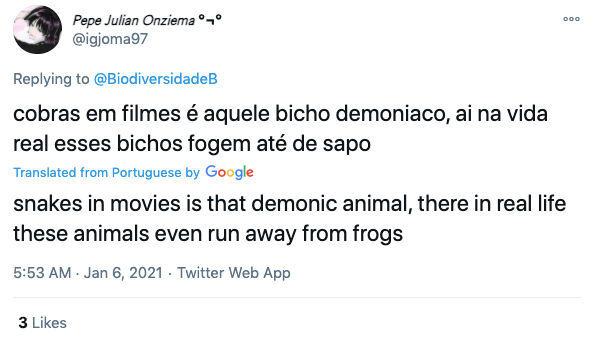 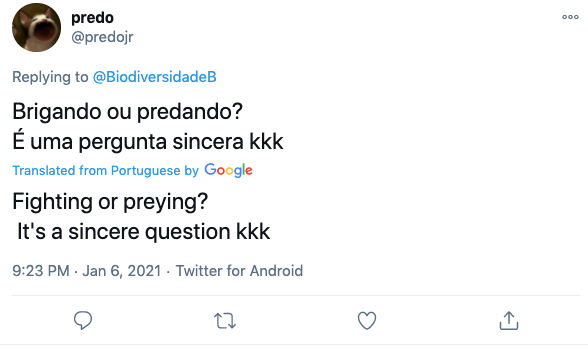 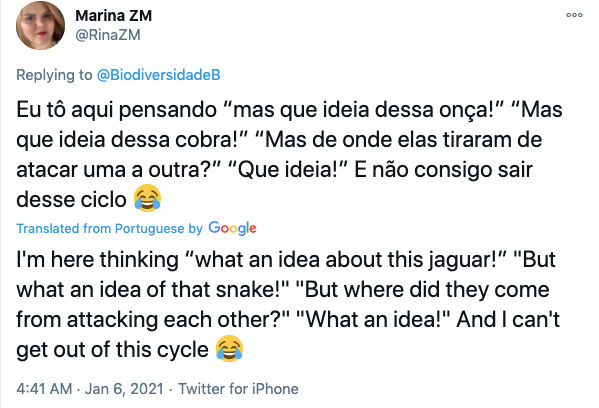 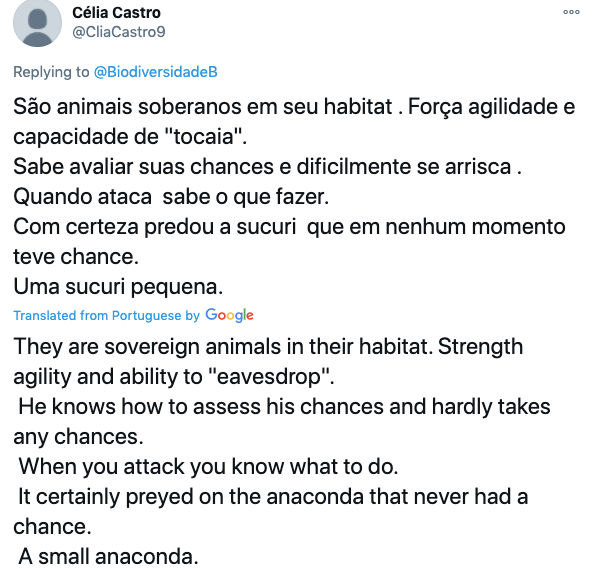