A video of a dog and horse’s friendship has inspired the Reddit community. The horse and the dog can be seen caressing and loving one another

A thrilling video of a dog and a horse’s friendship has inspired the Reddit community. The horse and the dog can be seen caressing and loving one another and have become quite popular on the internet. The video evidently displays the friendly bond that the canine and the horse have with one another.

Horse and dog are best friends from AnimalsBeingBros

This post was shared on a subreddit called “animals being bros”. The video is captioned “horse and dog are best friends”. In the video, the horse can be seen pulling up the back of the doggo’s vest, while standing in the stable. However, the dog freed itself from the horse’s mouth and ran over to give him some love. Both the animals can be seen playing with each other by caressing and loving their heads together.

The video has garnered over 100 comments and almost 15,000 upvotes. Reddit users have showered a host of lovely comments for the dog and the horse.  One person said, “was really hoping he’d pick him up”. While another commented, “horses are just babysitters for dogs”. A Reddit user wrote, “horse is probably thinking, ‘what’s that you got on you?” Another user said, “You can just tell both of these guys have a good sense of humour.” 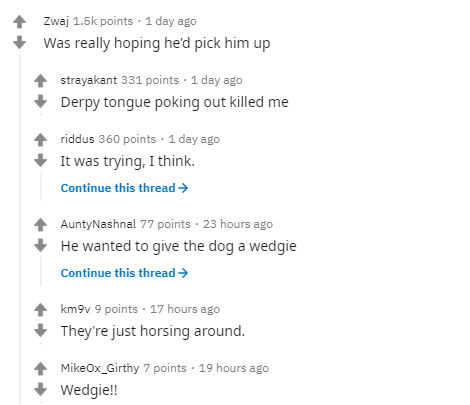 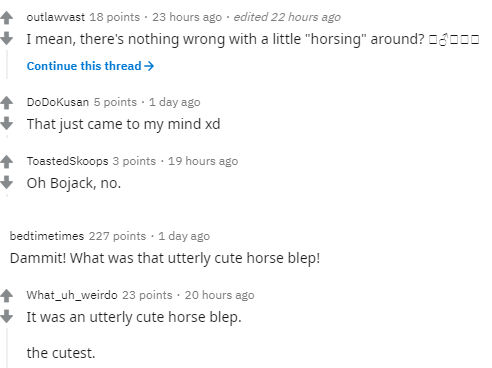 Similar videos of this unusual friendship have been shared on the internet, which is winning the hearts of many people. For instance, the one that this orangutan share with these otters. Have a look at it.

We send you some more pictures of the wonderful friendship between our orangutans and the otters they share their territory with, right here at @pairidaiza, Belgium.

We'd be glad to have you meet up with them as soon as we can reopen our doors! ðŸ˜‰ pic.twitter.com/MqATuaUl4w

READ: Video Of Lioness Taking Her Cubs For A Stroll Is Winning Hearts On Internet