D'Cruz family's thirteen siblings tallied to a combined age of 1,042 years and 315 days, shattering records set up previously by the thirteen Donnelly siblings.

A family of 12 siblings now holds the Guinness World Record for the highest total combined age with the oldest at 97 and the youngest at 75.  According to a news release from Guinness, the D'Cruz family tallied to a combined age of 1,042 years and 315 days, shattering records set up previously by the thirteen Donnelly siblings whose total age combined to 1075 years 68 days achieved on 21 March 2017. The new record was made on December 15, 2020, by the siblings who were all born to the same parents in Pakistan. They now reside all over the world, including Canada, London, Switzerland, and the US, according to Guinness.

"Though they do not live in the same place, the D'Cruz's say they are a close family who counts achieving the Guinness World Records title as one of the great highlights of their lives," Guinness informed in a release.

In a statement to CTV News, Joyce Desouza, aged 91, said that her siblings include nine sisters and three brothers, and the family was very proud of the fact that all of them were still alive. That’s the greatest part, she reportedly said. 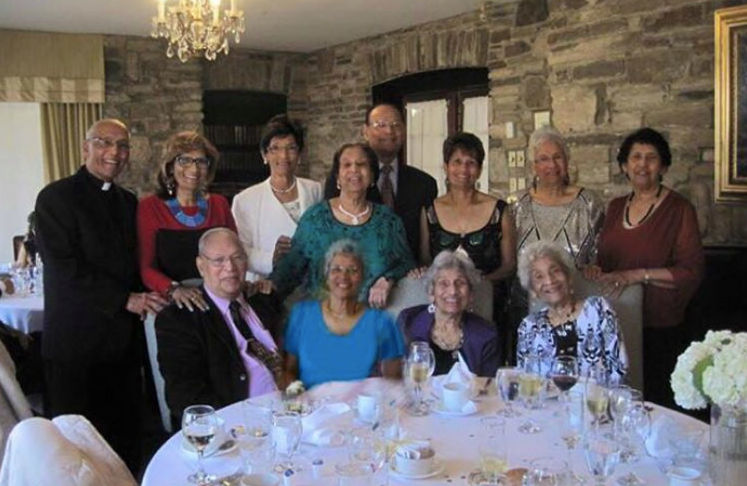 Guinness, like the highest combined age tally, also has record holders for the longest family tree and the largest family reunions. The family lineage of K'ung Ch'iu or Confucius dates back to 479 BC can be traced back further than that of any other family. His great-great-great-great-grandfather Kung Chia hails from the 8th century BC.

According to Guinness' release, Kung Chia has 86 lineal descendants and the family has the oldest and longest family tree ever known. Similarly, a Porteau-Boileve family at Saint-Paul-Mont-Pénit, Vendée, France, has set a record for having the largest family reunion, with approximately 4,514 members.  The family tree, traced by Jean-Michel Cheneau, dates back to the descendant of Georges Porteau and Madeleine Boileve. The family was founded by a couple in the 17th century.