In a rather shocking incident, a giant crop circle appeared out of the blue in Northern France and is now responsible for drawing people in huge flocks. 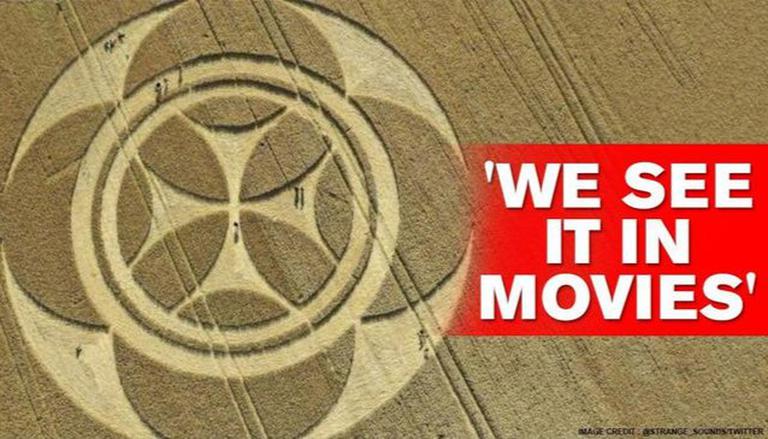 In a rather shocking incident, a giant crop circle appeared out of the blue in Northern France and is now responsible for drawing people in huge flocks to witness the phenomenon. According to reports, the giant ‘templar’ sign appeared earlier this month on July 5 in a Vimy field near Lens and has triggered curiosity as well as the excitement of thousands of people.

The farmer who is the owner of the crops where the mysterious formation appeared, Gerard Bernoit reportedly said that he initially just thought the crops had been damaged because they only see crop circles in movies.

Bernoit had posted the images of the crop circle on his social media without the understanding of what it actually meant. However, the images not only went viral, but they also managed to attract several curious visitors. According to reports, the French farmer has explained that he first noticed the ears of corn lying on the ground and figured someone vandalised the farms overnight until they learnt about 'crop circles'. Even though according to the family it is still ‘vandalism of crops’ but his son, Nicolas Bernoit noted ‘it’s good for once’. Here are some of the images:

People have told them it’s a ‘Templar’ cross

According to Euro Weekly News, Bernoit has revealed that people have been telling them that the formation in their cornfield is a ‘Templar cross’. Further explaining the people’s take on the phenomenon, the man has said that several individuals have told him that energy apparently flowed from the earth or that their field is ‘blessed’ and it can ‘cure multiple sclerosis’.

However, the farmer has also called the curious people “crazy” and admitted being ‘overwhelmed’ by the attention while also stressing on the fact that the field is ‘private property’.

Astonished by sudden wave of attention, Bernoit reportedly said, “We have more people in our field than in our farm store.” Since the ‘Templar cross’ in Vimy, other crop circles have emerged in Britain’s Wiltshire and Dorset. The French farmer has taken down the images from Facebook in a bid to quell the growing interest over the circle that damaged reportedly a 300 square metres of wheat that was supposed to be harvested in just the next week.

"In the end, it is a horror," Benoit told the European media outlet. "We are not a museum. The crop circles are beautiful, but for someone else."