Good News: Cat Introduces Its Kitten To Woman Who Feeds It Food And Water, Watch

A short video on Reddit has been making several rounds on the internet where a mother cat can be seen introducing her kitten to the woman in the neighbourhood.

Amid the coronavirus outbreak, while major countries are under lockdown and people are confined to their homes, a short video has been making several rounds on the internet where a cat can be seen introducing her kitten to the woman in the neighbourhood. According to the caption, the woman apparently used to give food and water to the cat in the area around her house, and sometimes both animal and the human used to go for walks. However, the woman confessed that she now feels “honoured” because the cat brought her kitten to meet her. Not only did other netizens find the story “heartwarming” but others also pointed out on the relevance of “connection between living beings”.

There’s a stray cat that hangs out around my neighborhood. We give her food and water and she accompanies us on our daily walks. Over the last week, she has been extremely clingy and affectionate. She hardly ever leaves our porch. Today after our walk, she brought us her kitten. I feel so honored. from aww

Read - 'Adorable Friendship' Between A Girl And Her Cat Wins Internet

Most internet users were left in awe the way cat gently guides her kitten to the human who recorded the video. One of them even said “lucky she found you” while someone else pointed out how the cat “adopted” the human by introducing her kitten. Another user also said that it “videos like this” that are “making lockdown easier” amid the pandemic. One Reddit user wrote, "She moved in, that is delightful! She knew that you were it." Someone else congratulated the woman who posted the video and said, "Congrats you now own a cat and a kitten. They have adopted you as their family. Take care of them." 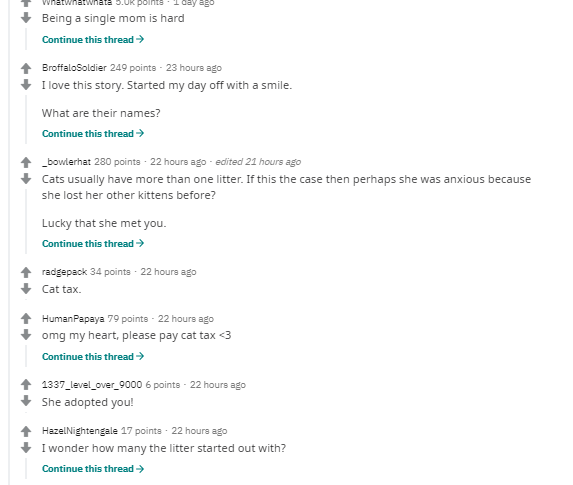 After originating from China’s “wet markets”, the coronavirus has now claimed over102,730 lives worldwide as of April 11. According to the tally by international news agency, the pandemic has now spread to 210 countries and has infected at least 1,699,632 people. Out of the total infections, 376,330 have been recovered but the easily spread virus is continuing to disrupt many lives. Major cities have been put under lockdown in almost all countries and the economy is struggling.