Where Is Baba Ka Dhaba? Know Where Exactly You Can Visit This Dhaba From Viral Video

Where is Baba ka Dhaba? Find out about the exact location from the viral video of the local Dhaba corner in Delhi. Read further to know more about it. 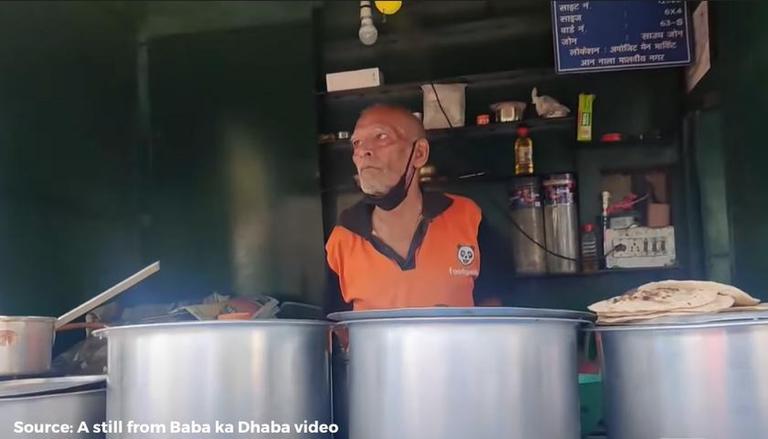 A video featuring a local food joint by the name of "Baba Ka Dhaba" went viral on the internet. The video showcased the troubles of an elderly couple managing a small dhaba in a small vicinity in Delhi. The couple got quite emotional while speaking about their troubles and the difficulties they have been facing to keep their business going.

The video was shared on social media and many people began to reach out to help the elderly couple in their time of distress. People from all over the place flocked to Baba ka Dhaba to help them out by visiting and also by feasting on the dishes. The place began to garner huge attention and popular food delivery companies too chipped in to support the local business.

Here is where you can find Baba ka Dhaba in Delhi

Where is Baba ka Dhaba located?

After the initial video went viral, people knew for sure that Baba ka Dhaba is based in Delhi. However, people from neighbouring parts too wished to visit the place and were unaware of where to find the place. For those people who wish to visit the place, Baba Ka Dhaba is located at, Block B, Shivalik Colony, Malviya Nagar, New Delhi.

This video completely broke my heart. Dilli waalon please please go eat at बाबा का ढाबा in Malviya Nagar if you get a chance 😢💔 #SupportLocal pic.twitter.com/5B6yEh3k2H

Youth can do anything if he wants.
Always raise your voice for people who need your help

Raise your voice with us ✊✊

Thus one can choose to go to the place as they would like to and feast upon the amazing dishes the place has to offer. During the time the video went viral, Youtuber Harsh Beniwal also visited the place and expressed his thoughts on the food. The Youtuber was all praise for the place and even posed alongside the elderly couple who run the small dhaba.

Just look at this smile :’) Priceless. Did my part , Ap bhi jaye or kuch khake aaye. Thank you @youtubeswadofficial For making that video. God bless you bhai. Address : Shivalik B Block , Malviya Nagar Opposite Hanuman mandir.

People from all over the neighbouring places also began looking for the place and are trying to find it to visit it and help them out. In the first video, the dhaba owners were seen in tears as they spoke about their sorrows amid the lockdown and the loss their business has suffered over time. This created a huge wave of support on the internet and thus people began to visit the place.

A popular food delivery company also tweeted that they would like to help Baba Ka Dhaba. Thus the company got the food joint registered on their portal and initiated services for the dhaba. People from not just Delhi but almost all over India began pouring in support for the local business. This also later went on to raise the discussion of how one should support local business as well during these times when they need our support.

UPDATE: baba ka dhaba is now listed on zomato and our team is working with the elderly couple there to enable food deliveries

We recommend #BabaKaDhabha for your next date 🔥