Video Of Dog Playing Fetch With Its Owner Leaves Netizens In Splits; Here's The Twist

Amid news of death and destruction, a recent video of a pet dog playing with his owner has softened the blow. The delightful clip shows a canine playing Fetch.

The coronavirus pandemic has not only taken a toll on people’s physical health but has also affected their mental health. Amidst constantly flowing news of death and destruction, a recent video of a pet dog playing with his owner has softened the blow. The delightful clip shows a canine playing Fetch with his owner in a garden. However, taking everybody by surprise, the pet started chasing the shadow instead of the actual frisbee.

The clip of the hilarious event was shared on TikTok by the dog owner with the username Brandon_21 along with the caption that read, “take a moment to appreciate this.“ The post immediately captured everybody's attention and has racked over 120k views and 330 comments. Netizens also took the opportunity to express similar tales on how their pets were "obsessed with shadows."

Take a second to appreciate this ðŸ˜‚ #fyp #foryou

One user wrote, "this is exactly what my dog does!! Completely consumed by shadows! It’s a form of OCD in dogs apparently" while another wrote, "My dog literally does the exact same thing, obsessed with shadows only" Many others also wrote how "cute" and "smart" the dog was. "Actually your dog is quite smart. Back in the day dogs were trained to follow the shadow of a bird for hunting. So you have one smart pup," read one comment. 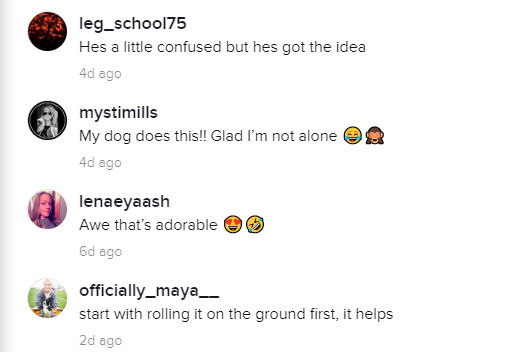 Netizens seem to be obsessed with dog videos. Another heartwarming incident was captured and posted on TikTok by Stephani Maryn who owned the canine. The video shows Maryn walking with her pet on the sidewalk. However, soon, the dog spots her bestie coming from the opposite sight and bursts into excitement. The doggo turns around to bark at her owner indicating her to walk faster as well as at the other dog to make her presence know. After leaping around a few times, she finally reaches her friend.

Read: Dog Filled With Excitement After Meeting Its Best Friend After A Month; Watch

PEOPLE HAVE PLEDGED SO FAR
LATEST NEWS
View all
3 hours ago
Us: crocodiles engage in a battle at golf course, watch video
5 hours ago
Algeria: rare saharan cheetah spotted for the first time in a decade, see pics
4 hours ago
Beastly alligators wrestle each other in the middle of a golf course; watch video
2 hours ago
Atta maker ad questioned by netizens for classist content; ad taken down by company
10 hours ago
Dog's adorable reaction to a butterfly sitting on its nose wins internet