From a Keralite woman running behind a bus to help a visually impaired man to netizens wondering Kim Kardashian's age, here are top viral news of the week.

Apart from keeping track on the number of cases of Coronavirus soaring high in India, people on the internet share some important events as well as viral videos. From a woman in Kerala running behind a bus to help a visually impaired man to netizens reacting on Kim Kardashian potentially becoming the first lady of the USA after the next election, here is the top viral news of the week from July 5 to July 10.

she made this world a better place to live.kindness is beautiful!ðŸ˜

A woman from Kerala named Supriya ran behind a bus to stop it, for a visually impaired man to get on it. She had been identified as a resident of Thiruvalla according to reports. As she ran behind the bus in a sari, a man named Joshua recorded her good deed and posted it on social media. The video went viral in no time, with Netizenz praising Supriya for her kindness and good deeds.

Another video that went viral on the internet was of a woman who cooked 67 items including a welcome drink, starters, main course, and dessert, for her son-in-law who was visiting her. The video was posted on Twitter, by a man named Ananth Rupanaudi. Many users on the internet appreciated the lady’s good work, whilst calling her son-in-law lucky.

The story of this adorable orphan elephant, taking care of a rescued elephant has been doing rounds on the internet for a week. Pare, a rescued elephant spends time in wildlife care and his big brother from the wildlife, often visits him and they love to bond and play together. The wildlife care shared this adorable story of these two elephants on their Facebook page, which was loved by netizens.

How to make a Ritviz song in 2 minutes! pic.twitter.com/yyMByfLSrL

Ritviz is a popular artist famous for some of his hit tracks like Udd Gaye and Sage. A fellow musician Anshuman Sharma shared a hilarious tutorial video on Twitter, explaining how one can make songs like Ritviz in 2 minutes. The funny video took over the internet by a storm with many agreeing to Anshuman. Moreover, Ritviz also reacted to the video.

Will Kim Kardashian Be The Youngest First Lady If Kanye West Becomes US President? 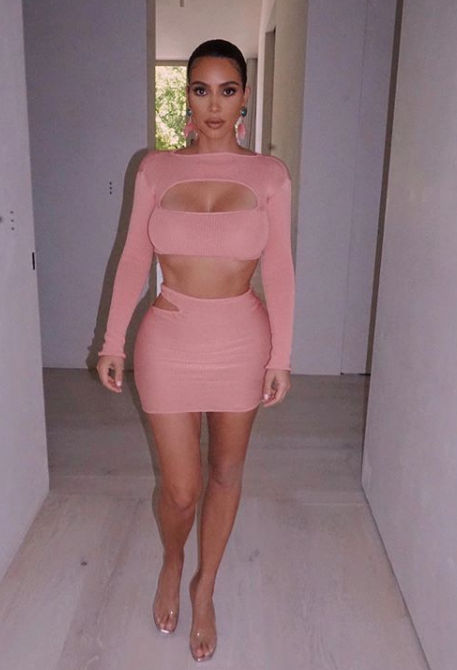 Also Read: Will Kim Kardashian Be The Youngest First Lady If Kanye West Becomes US President?