With a confident posture and commandment of a trainer in her voice, the kid hands over the red coloured skateboard to her dad to begin the practise.

An adorable footage of a determined toddler teaching her dad how to skate on the rink has won the Internet. Shared on Instagram by a user named Heather Nyhart Brennan, the nearly two-minute-long clip depicts a little child named Petra Lennox who coaches her father to skateboard. With a confident posture and commandment of a trainer in her voice, the toddler hands over the red coloured skateboard to her dad to begin the practise session that she seemingly organized. The video was captioned as “Petra Lennox: Skate coach. 100% unscripted toddler vibes headed your way.”

As the clip opens, the little girl starts with clearing the rink area as she sweeps the leaves away with a wiper and instructs her dad to “get your skateboard”. To this, the man smiles and grabs the skateboard saying, “here you go”. The toddler then starts the practise session by showing him how to skate, meanwhile going on a joy ride on the rink and yelling, “Weeee”. She topples on the ground several times, and even instructs her father on the foul play, saying, “No Daddy” as she slips on the ground one more time. She once again picks the wiper, considerably larger than her own size, and retorts, “I sweep” to clean the area.

Read: Animator Creates 'creepy But Cool' Video Of Himself Inside Eyeball; Netizens Baffled

Further, the girl gets serious as she clutches a red ball in her embrace and yells at her dad, “Down” when he begins to stroll instead of doing the practice. In the subsequent segments of clips, the toddler is cuteness overloaded as she gives instructions after instructions, saying, “OK Dada,” “I’m coming” as she runs towards her dad, and “careful daddy” as she beds down and adjusts his skateboard with her little hands, ensuring that he doesn’t get hurt. However, in a couple of hilarious instances, the toddler gets trapped behind the rink as she whimpers in a cute voice, peeping, “help me, daddy, I am stuck”.

Internet poured in laughter and applaud emoticons as they called the girl marvellous and so full of enthusiasm and life. “So hilarious and adorable!!! Wish I had half of her energy!!” A commenter wrote. “This young lady is the future president,” said another. “She is so precious,” a third complimented, making a crying face, adorably. “Your little girl just made my weekend,” declared one other. 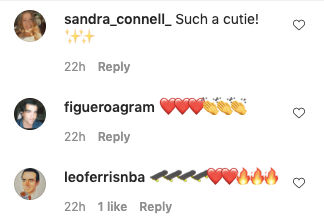 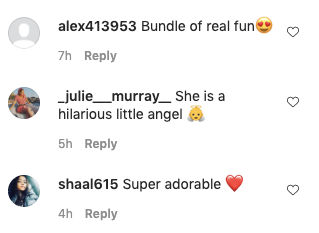 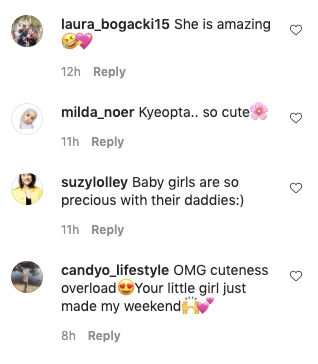