'All We Need Is Little Help': Baby Lion Tamarin Rescued And Reunited With Parents | WATCH

A heartwarming footage featuring a baby lion tamarin being rescued from the streets and getting back to its parent is doing rounds on the internet. 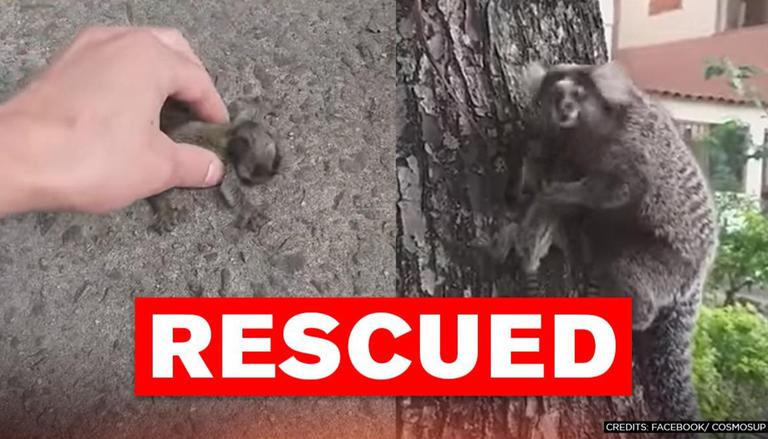 A heartwarming footage featuring a baby lion tamarin being rescued from the streets and getting back to its parent is doing rounds on the internet. Shared by the Facebook page CosmosUp, the video is being regarded as a kind and compassionate human act with the netizens constantly applauding the savior of the baby tamarin. It has been aptly captioned as, “Baby lion tamarin rescued and returned”.

The 42 seconds short video clip shows the baby lion tamarin lying on the road when a person picks it up in his hands. As the video moves further, we can see the parent grabbing the bark of the tree. The person moves towards the parent to hand her the child. However, it is only after a few attempts when the animal finally holds the baby and starts climbing up the tree. Towards the end of the video, the baby gets hold of its parent and both of them climb above the bark. In the background, we can hear the squealing voice of the animals.

Uploaded on September 26, the video has managed to gather 7.3K likes and 329 comments. Talking about the parent, one person wrote, "Mom seemed a bit pissed off. Could gotten bitten". Applauding the person who saved the tamarin, one Facebook user wrote, "Thank you for being a KIND AND COMPASSIONATE HUMAN. See? It is still possible". 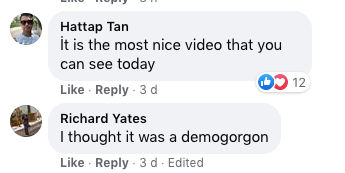 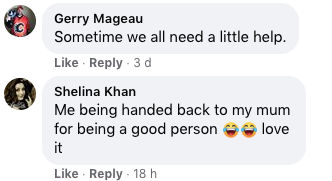 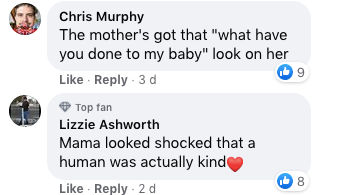 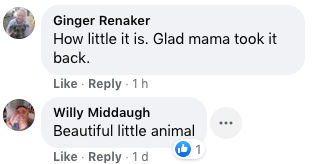 Another video featuring baby tamarins went viral few days back. In footage shared by the official Facebook page of Akron Zoo, a brother and a sister Golden Lion Tamarin can be seen munching on the delicious snack their handler offers inside the cage as they prepare for training. The 59-second clip opens with the golden coated smart monkey jumping in excitement as it sees food and reaches out to grab it. “Most people try to avoid eating snacks while on the scale, but not our golden lion tamarins! Mico and Coco are brother and sister and the two monkeys enjoy training sessions in their behind-the-scenes bedroom with their care team,” the zoo wrote in a post on Facebook. “Of course, it does include tasty snacks as positive reinforcement!” it added.

Read: Arborist Chops A Palm Tree While Sitting On It, Netizens Call It The 'best Ride'