The 32-year-old nurse, who is employed in the Ostuni hospital Pneumology Department, Italy battled against coronavirus infection and had recently recovered.

A male nurse in Italy has won hearts on the internet after he proposed his girlfriend with the question ‘Will you marry me’ scribbled on his COVID PPE at the Ostuni hospital. In a Facebook post that’s now gone viral, Brindisi Giuseppe Pungente from Torre Santa Susanna,  Apulia, was seen donning his hospital gown with the marriage proposal written on it for his co-worker Carmen Pinto with the options: “Yes, no". Pungente’s image was shared across Facebook with the caption, ‘Real life is made of small and simple things’.

The 32-year-old nurse, who is employed in the Ostuni hospital Pneumology Department battled against coronavirus infection and had recovered recently. He was also among the first to get the vaccine jab as Italy started the mass vaccination campaign to inoculate the vulnerable frontline and healthcare workers, according to La Repubblica daily. The nurse, an exemplar of how love triumphs despite hardships, walked down the aisle at Ostuni hospital with the proposal for his beloved taking the hospital staff by surprise.

Many were moved by the Italian nurse's sweet gesture as he strolled with the proposal on PPE gown in the corridor of the respiratory wards. Several on social media insisted that the woman must say yes, as they hearted the nurse’s now-viral post.

In his Facebook post,  Pungente wrote that as a nurse in the front line in the fight against the virus who had recovered himself from COVID-19, he had developed the idea that life was about simple joys. “Such as close friends, birth family and the one of the future, together with you, Carmen Pinto,” he added. Meanwhile, the woman who happened to notice his post on social media commented “Yesssssss”, accepting Pungente’s adorable proposal online.

Read: DMRC Shares 'How It Started Vs How It Ended' Meme, Netizens Can Relate

Commenters poured in tons of reactions as they lauded the nurse’s simple yet touche proposal for his partner. “The simplicity of normality! Best wishes,” one wrote. “We want the answer!!! Obviously on the tracksuit,” another joked. “Giuseppe you are a legend,” the third said. “Carmel ì hold onto a man like this... certain gestures nowadays are rare,” another said, admiring the nurse’s proposal. 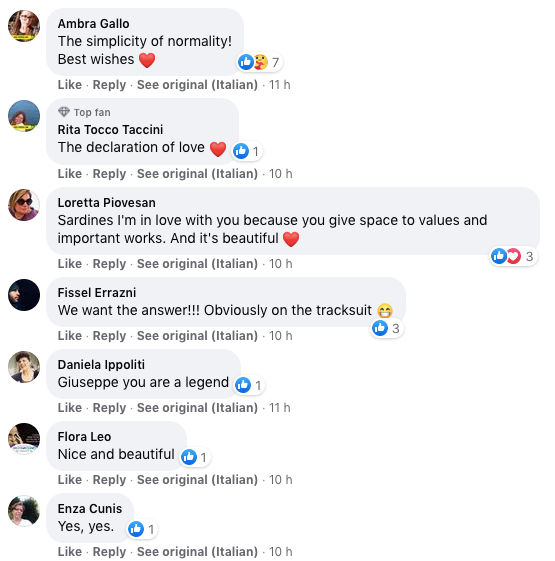 Read: 'Mysterious' Monolith Spotted In A Park In Ahmedabad For The First Time, Netizens Baffled