Gizmo had jumped over 5-foot fence as it panicked in the new environment and escaped from the habitat farm. Center plastered town with 'missing Llama' posters.

The 7-year-old rescue llama named Gizmo who absconded on Dec. 13 and was missing for nearly 17 days has been finally found roving in the hills of Bedford Corners, a wealthy upstate of the Westchester County. Gizmo was spotted taking casual walks in the meadows after all the stir it created and was safely rescued and reunited with the owner by Buddha Dog Rescue and Recovery organisation. Post days of toil by its owner Diana Heimann who raced from North Castle Town Hall in Armonk, N.Y., to the police station in Mt. Kisco, in hope of some leads, the rescue centre’s groundworkers spotted Gizmo at some distance away from his habitat farm.

In a post on Facebook, the Buddha centre broke the good news, saying that “Gizmo the LLAMA missing in Bedford, NY has been safely captured after seventeen days!” The centre informed that the terrified Llama had jumped over a five-foot fence as it panicked in the new environment and escaped from the farm. However, the animal was eventually found at a farm property, less than a mile away from the point of escape.

The organisation worked in close collaboration with Gizmo’s owner and launched a massive public awareness campaign and rescue operation. The workers plastered the town with Gizmo’s ‘missing’ posters, which was read by a maintenance crew on the farm where Gizmo had meandered. The sheltered Indiana llama was apprehended by Leo Garcia, the farm’s groundskeeper. The staff member summoned the centre-ground worker at Guard Hill and West Patent in Bedford Corners and the animal rescue group were able to lasso Gizmo and bring it home.

The Internet rejoiced the safe return of the adorable creature and thanked the animal welfare group for the support. “All of your hard work and knowledge amazes me all the time. Thank you so much for always helping the animals. You are pretty amazing,” a user wrote. “I knew when I saw you joined in the effort to find Gizmo, you would find him. Happy New Year,” another said. “If only all the people who lose their fur kids would put up posters many more of the lost would be found,” the third suggested. Internet cheered for the ‘happy ending’ to the missing Llama drama, adding that who knew the centre in 2020 "would rescue a goat and then a llama.” 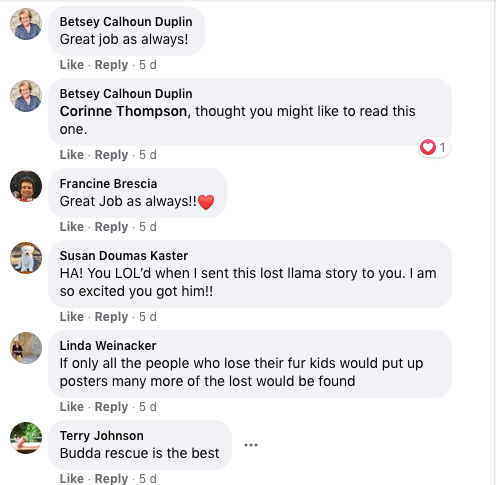 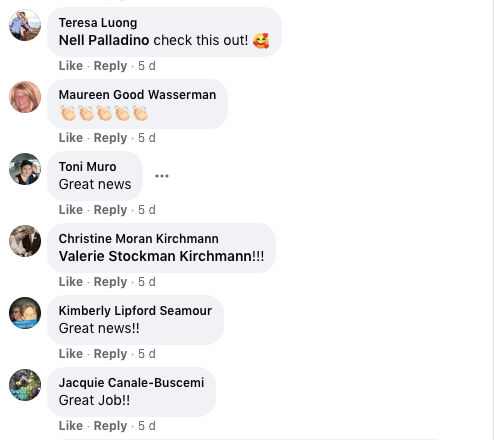