A video that has now left the internet in tears features a mother shaving off her head to show support to her daughter suffering from cancer. 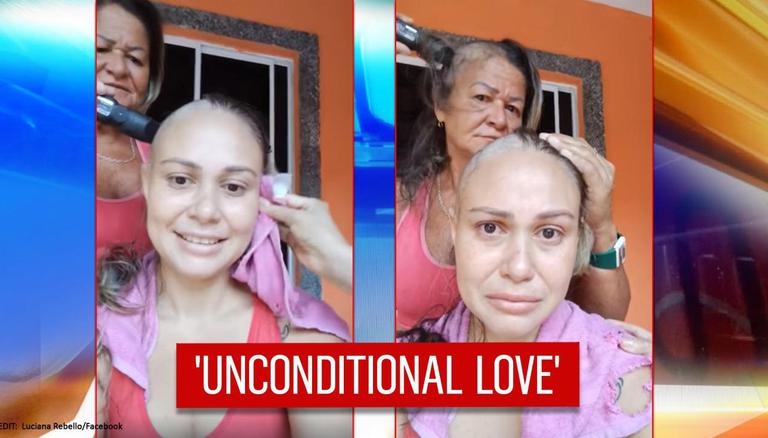 A video that has now left the internet in tears features a mother shaving off her head to show support to her daughter suffering from cancer. The rather emotional video was shared on Facebook by Luciana Rebello, who is battling the deadly disease since years. In the video, her mother could be seen surprising her daughter by shaving her own head and eventually leaves the daughter crying.

The nearly six and a half minute video starts by showing the mother and her kids taking turns to shave off the cancer patient’s head. However, with each passing moment, the daughter looks sadder but continues to smile. Events take an emotional turn when the mother surprises her daughter and starts shaving her own hair. The move comes as a shock to the daughter who immediately bursts into tears. As the video concludes the daughter could be seen reputedly trying to stop her mother, but all in vain.

Since shared, the clip captioned ‘The love of a mother’, has garnered over 68 thousand likes and several emotional comments from people. “One of the most beautiful attitudes I've ever seen,” wrote one user. While another heartfelt comment read, “Beautiful the love of a mother!!!! By your faith and your mother you are already healed  May God bless your life and your family,” “That's a mother's love, I'd do the same for my sweet daughter too,” read the third comment.

Read: Taylor Swift And Her Mother Andrea's Best Moments That Will Melt Your Hearts

Read: US Woman Sells All Her Paintings On Twitter To Raise Funds For Mother's Cancer Treatment 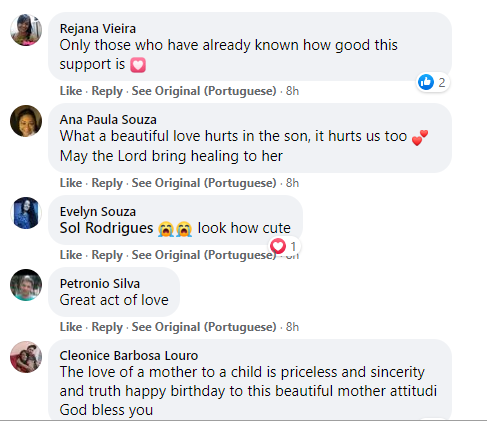 In a similar heartwarming story, a woman from the United States put all her paintings on sale after her mother was detected with cancer. The woman took to her Twitter handle to sell her paintings in order to raise money for her mother's cancer treatment. But the heartbreaking part is that the woman lost her job a day before her mother was diagnosed with the deadly disease. The Twitter user, whose bio says she is an artist, informed that her mother is scheduled to undergo a surgery soon.

Read: COVID-19 Vaccine Research Could Lead To Drugs Against HIV And Cancer: Report

WE RECOMMEND
'Visiting Auntie': Kamala Harris' niece shares wholesome video of daughter at White House
Heidi Klum's daughter Leni looks stunning in pictures for the Hunger Magazine, see here
Eva Mendes reveals that her daughter called her out for 'being on the phone too much'
Manish Malhotra shares unseen picture with Varun Dhawan's mom from pre wedding festivities
'Daughter From Another Mother' Season 2 release date; Will there be another season?