A video of a ‘100% certified good boy’ is inspiring several internet users after taking part in the #PushUpChallenge with the Western Australia Police Force.

A ‘100% certified good boy’ is inspiring several internet users after taking part in the #PushUpChallenge with the Western Australia Police Force. A video posted by the police department has taken over the internet in which a dog can be seen doing pushups with his human colleagues. The police dogged called Whiskey aced the challenge like a pro and also motivated several netizens to take up the challenge amid the Mental Health Awareness month.

The caption of the Facebook post read, "100% certified good boy PD Whiskey does the #pushupchallenge for Mental Health Awareness Month!”.

The video posted earlier this week has been viewed more than one lakh times. With nearly 8,000 likes, the video also created a stir among people. While several users were amazed to see the dog performing the pushups perfectly, others couldn’t stop commenting on how adorable the doggo is. One internet user wrote, “Omg absolutely loved this. How amazing is PD Whiskey. Loved how he responded so quickly to his handler's head commands. Sooo clever”.

With thousands of comments, a user said, "Beautiful fur baby, well done PD Whiskey keep up the fantastic work you do. And of course the police officers”. Another user added, “I love the way PD Whiskey obeys a gesture of the head. No comparison but reminds me of our old farm dog that dad trained so well”. “I'm amazed by the dogs and how they help with police work. Well done PD Whiskey for helping with the mental health of officers,” added another. 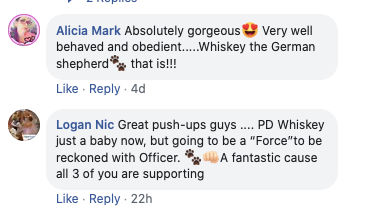 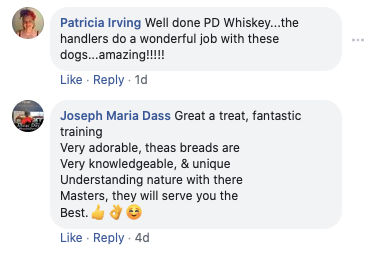 As German Shepherds are known for their high intelligence, another adorable video of the dog playing ‘hide and seek’ with a little girl in the most ‘humanly way’ took the Internet by storm. In the video, one could see the girl asking the dog named 'Monkey' to play hide and seek with her. The girl in the video said, "Monkey, let’s play hide and seek. You go count," following which the dog goes and covers his face between the legs and waits for the kid to hide.