The shoplifters were wanted in connection with larceny, the police wrote as they shared the images of two boys wearing melon rinds with holes cut out for eyes.

In a hilarious incident, a pair of shoplifters wore hollowed-out watermelons on their heads and posed as they proceeded to steal from the convenience store in Virginia. Shared on Facebook by the Louisa Police Department- Virginia, the images from the CCTV surveillance cameras caught the robbers roaming around a Sheetz store around 9:30 pm. The pictures posted by the police department triggered laughter on the internet as people poured funny comments on the watermelon masks wore by the thieves.

The pair was wanted in connection with larceny, the police wrote as they shared the images of two boys wearing melon rinds with holes cut out for eyes. Some hours later, the police wrote at least one arrest was made in the “Melon-Heads case." As the cops called the suspects as “Melon-Heads”, a user commented, “since everyone's wearing masks, the poor average criminal has to wear a watermelon rind to be taken seriously. What's the world coming to.” “With all the masks available right now, they chose watermelons,” wrote another user. “This has got to make PD Live Crime of the Week,” wrote the third. 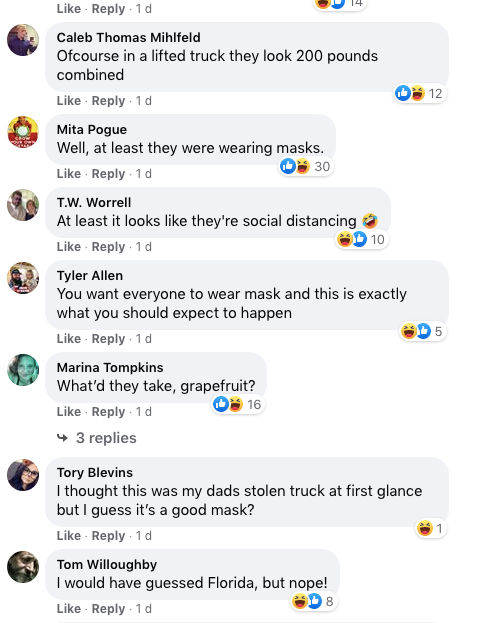 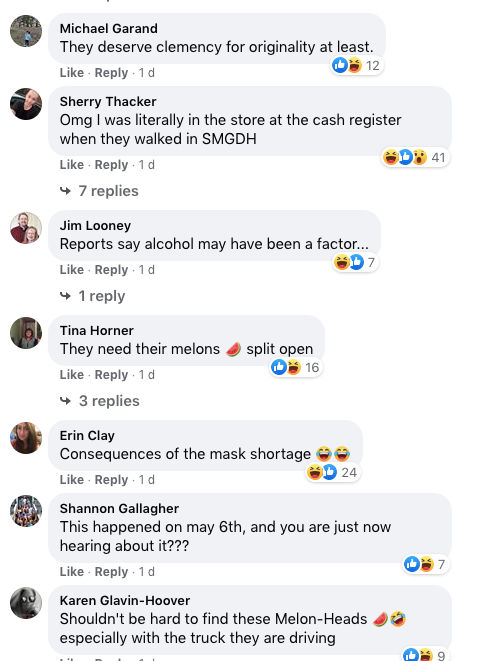 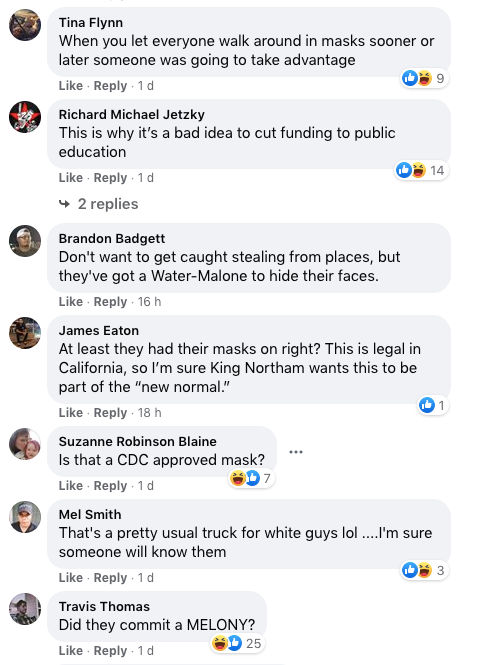 Read: Snoop Dogg Listens To Frozen's 'Let It Go' In His Parked Car, Netizens Can Relate

In one another picture, the robbers posed for the camera which sparked the discussion around the image quality as a user pointed out, “but you got to have an android with that picture quality.” To which the second user replied, “Samsung made the cameras of the new iPhone,” while a third corrected, “your camera is made by Samsung.” One other user wrote, “How did this thread become a fight about smartphone camera quality in the year of our Lord, 2020?” The Louisiana police wrote that the two suspects had lifted the 2006 Black Toyota Tacoma prior to the robbery, the details of charges and what items were robbed has not been revealed. The cops thanked the community for their assistance.

Read: Video: Cat Gets A Brain-freeze After Eating Ice-cream, Netizens In Splits