'Thanksgiving In Space': NASA Details How It Is Celebrated On ISS; Internet Amused

Taking to Twitter, NASA recently shared details of how astronauts celebrate Thanksgiving in outer space and it has left the internet amused

On November 26, people across the world celebrated Thanksgiving, savouring delicious food with friends and family. However, there were a few who celebrated Thanksgiving orbiting hundreds of miles above the earth. Taking to Twitter, NASA recently shared details of how astronauts celebrated the day in outer space and it has left internet amused.

Starting with the Thanksgiving meal, the American Space Agency said that astronauts sometimes earn their dinner by performing chores on the space station. In addition, to mashed potatoes and pie, they get greens too as part of their special dinner. Moving further, NASA said, “Space station crews have been able to watch football on Thanksgiving thanks to Live feeds from Mission Control”. However, they have limited choices and have to remain prepared for an unplanned event to occur at any time. 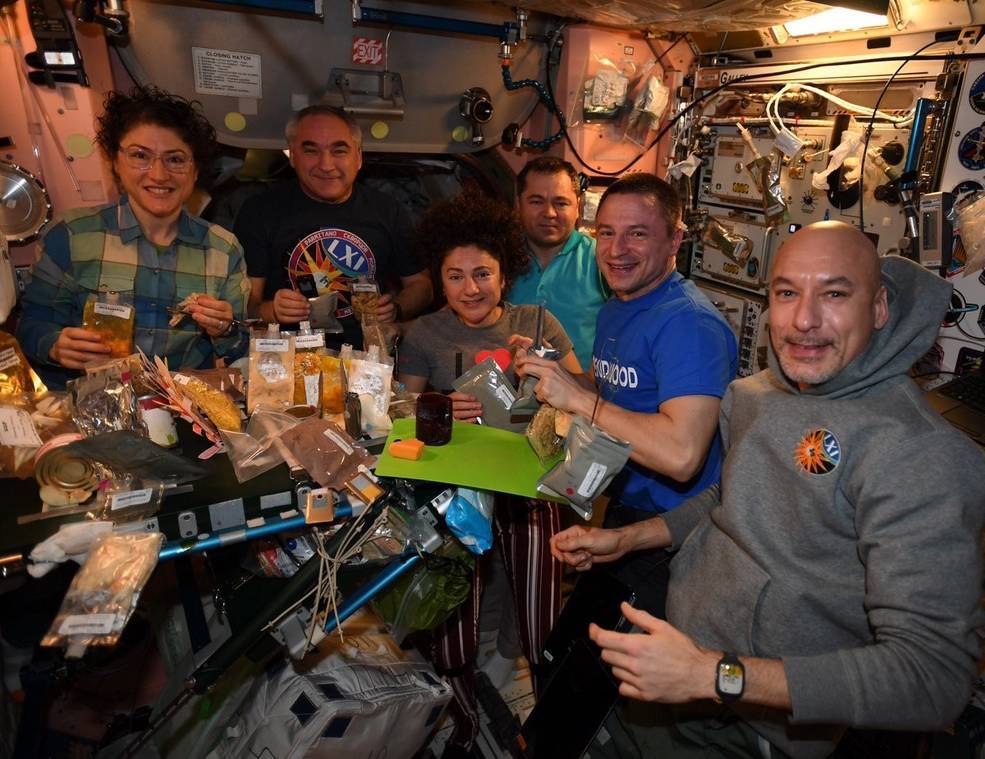 The Blog, titled ‘Celebrating Thanksgiving in Space!’ has now created a stir on the internet. Since shared, the post has racked up over 4.6 thousand likes and has been flooded with comments. While many showered plaudits on the ‘space warriors’ writing that “we celebrate the ISS,” many others took the opportunity to flood the post with questions. "how many black holes bing bang swallows ?," asked a user. Meanwhile, another user wished, "Happy Thanksgiving Astronauts!"

Just a short reminder - not all the world celebrates TG. But we all celebrate the ISS!

As officials at US National Retail Dry Goods Association complained that it would shrink the Christmas celebrations, Roosevelt moved the festivity to the second-to-last Thursday, creating a stir. However, later the US congress cemented fourth Thursday in November as the new official date and celebrated the tradition accordingly, the day came to be recognized as ‘Thanksgiving day’.

Read: Thanksgiving Was Officially Celebrated On This Day In 1941 After US President Signed Bill