Dad on TikTok can be seen holding a paracetamol tablet in forceps and rubbing it gently on the iron plate as the tablet works magically cleaning the iron plate.

A video of a dad’s DIY hack to remove burns from the iron has taken social media by storm. Shared by a TikTok user Carrie Pendle, the clip shows her father cleaning the iron plate that has the burns clung to it within a few minutes using paracetamol. The trick has surprised many who have been struggling to get their base new like before.

“Dad literally forced me into filming his cleaning hack for the Tik Tok and he keeps asking me if he’s gone viral yet so here, we are,” Carrie wrote in the caption. Her dad can be seen holding a paracetamol tablet in forceps and rubbing it gently on the iron plate. In what could be called shocking, the tablet works magically on the hot plate wiping the dirt and burnt cloth residue leaving the netizens amazed by the result. The cleaning tip was lauded by the TikTok who said that Carrie’s dad was indeed a “genius”. The tweezer maneuvers with a painkiller was a trick that absolutely no one would have thought on their own, wrote the users. However, one needs to be careful about not getting burnt while they set the iron on the maximum.

Netizens curious and laud the idea

“Wait, what is that is the iron on your super dad needs to give a tutorial,” wrote a user. To which Carrie replied, “Paracetamol! And yes he does!!” “Brill idea I’ll b trying that has it been dipped in water?” asked another user. “No just dry, it just starts to melt,” Carrie said. “Can't believe nobody has said iron tablets yet, "joked a third. “Bless his little cotton socks,” said the fourth pointing out that perhaps he had burnt one of his socks and it was apparent in the clip. “OMG! I just did this after trying everything else and it works. Thank you,” said one user appreciating Carrie’s dad for the wonderful trick. 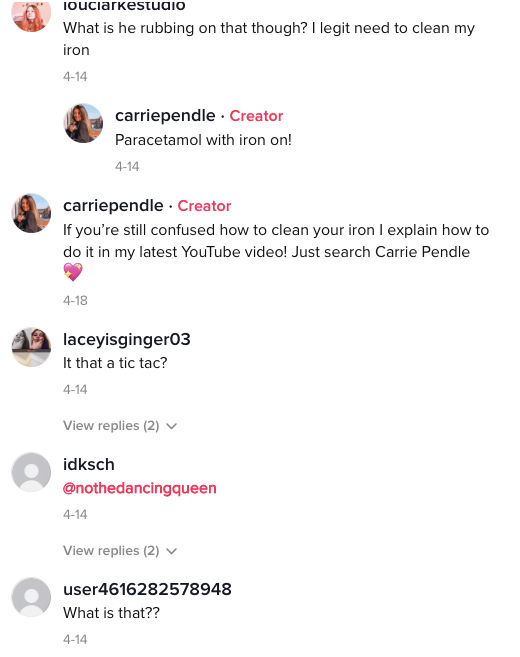 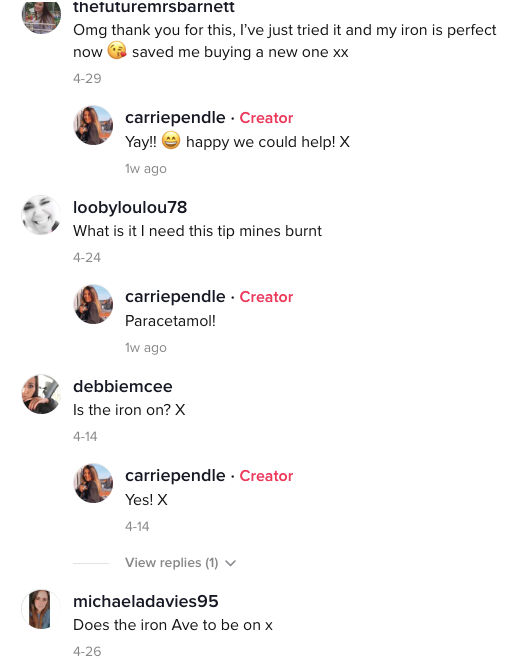 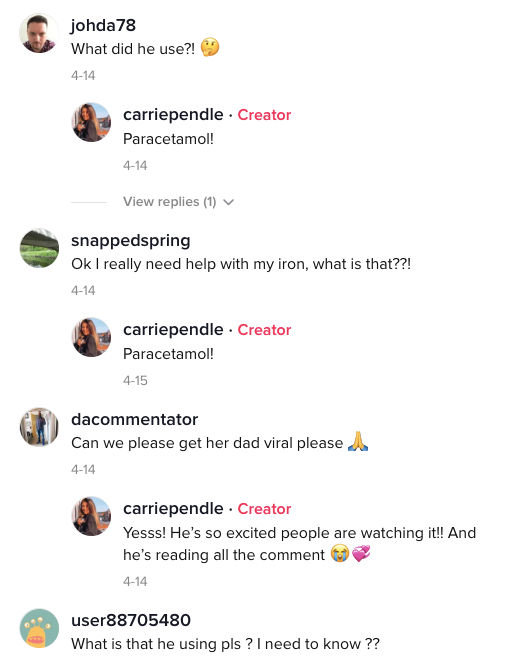 Read: Delhi: Monkey Breaks Into ATM, Netizens Say It ‘must Be Short Of Money’

Read: Sydney's Apartment With Toilet In The Kitchen Has Left Netizens Horrified

PEOPLE HAVE PLEDGED SO FAR
LATEST NEWS
View all
12 hours ago
Good News: Five blissful stories to brighten up your day amid COVID-19 gloom
12 hours ago
Jammu and Kashmir cop wins praises for composing COVID-19 song to raise awareness
11 hours ago
Bizarre! Canadian man receives hair cream 8 years after placing order in 2012
11 hours ago
Meet 'Frank', the peacock who travelled over 1,000 km in pursuit of love
18 hours ago
London: RSPCA and firefighters rescue fox after its head got stuck in tyre