The curious structure appeared to be of megalithic origin, and had a message emblazoned in the old Turkey script that read: ‘Look at the sky, see the moon’.

Turkish authorities are probing a mysterious monolith about 10 feet high, spotted in Sanliurfa province, southeast of the country by a farmer on Friday. The shiny metal block was found erected near the UNESCO World Heritage site named Gobekli Tepe, according to sources of The Associated Press. The curious structure appeared to be of megalithic origin, and had a message emblazoned in the old Turkey script that read: ‘Look at the sky, see the moon’. The three-meter-high metallic tower donned a complex structure form that seemed to strike resemblance from thousands of years past Stonehedge era archaeology during the 10th millennium BC. Gendarmes were investigating CCTV footage and inspecting vehicles to determine who transported and installed the monolith, Turkish media said Monday. Turkish police officers were deployed to guard the structure that mysteriously appeared in an open field.

The unclaimed monolith first appeared in a Utah desert, then a Romanian mountainside, followed by Corona Heights Park, San Francisco, and the rest of the world, at strange locations. A metal monolith had also popped up outside a Pittsburgh candy store, which mysteriously disappeared. The business owner had then installed a replacement monolith in order to attract the world’s attention to support the struggling small businesses amid the COVID-19 pandemic.  “We rebuilt another,” the store wrote in an online post, adding, “We are honoured by the overwhelmingly positive response to the hundreds of people to drove to the Strip today to take a selfie and see our ‘monolith’”. A similar structure was spotted on the Compton beach of the Isle of Wight by beach-goers.

Read: Monolith Appears On English Island After Disappearing From Romania And Utah 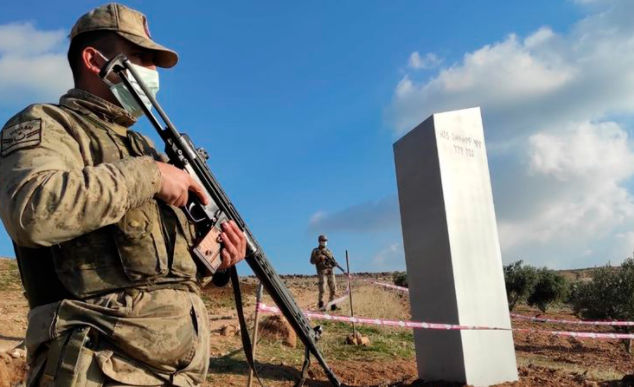 The strange metal object, which the Utah state employees spotted in a remote area of federal lands, sparked conspiracy theories, as people worldwide associated the solitary block of stone with an alien civilization. The first-ever installation was found erected on canyon’s rocky floor on November 18, 2020, when a helicopter crew was counting bighorn sheep from the air and they spotted strange metal down in the desert. Utah Department for Public Safety in a statement had speculated that it was, perhaps, a work of a “new wave artist” or a space odyssey buff, but no one came forward to claim the art. Shortly, the metal got associated with the portrayal in a 1968 science fiction film by Stanley Kubrick, in which, a monolith of extra-terrestrial origin appears mysteriously. Internet launched theories about aliens paying visit or conveying a message as several such structures continue to appear and disappear in different parts of the world.