The library, in fact, thanked the returnee for their gesture and reminisced the masterpiece Geoffrey Faber's poetry anthology book's 57-years of absence.

In a stirring incident, a bibliophile returned a book to the Middlesbrough Central Library in the UK 60 years after it was overdue. The anonymous reader dropped Geoffrey Faber's poetry anthology The Buried Stream into the return box that he had issued in December 1962 in the year 2020, nearly six decades later. In an online post on Facebook, the library wrote, “Earlier this week, someone returned a book to Middlesbrough Libraries that was almost 60 years overdue! Thanks to all the staff to the person who returned the book earlier this week. It was due to be returned on 21st December 1962!!!”

The library, in fact, thanked the returnee for their gesture and reminisced the masterpiece’s 57-years of absence. According to a report published in Middlesbrough government’s public library forum, the borrower incurred a penalty of an estimated £500, however, the library waved off the fee as a one-time gesture for the book hoarder in the wake of the coronavirus pandemic and the borrower’s “guilty conscience”.

“Much to our surprise this beautifully bound book was dropped into the returns box at the Central Library - fittingly during #LibrariesWeek,” Librarian and Community Hub Officer David Harrington said in the release.

He added, "We're really grateful to the anonymous person who returned this book to us as it will be added back to our stock and placed in the Reference Library for future generations to enjoy.”

Furthermore, the library urged the readers to return the books that they issue in time, and not overdue it. It informed any past and present issuers to return the previously borrowed books, assuring, that they wouldn’t be charged a fine due to the ongoing coronavirus pandemic. “What a lovely, public-spirited act to return this book after so many years,” Councillor Mieka Smiles, Middlesbrough Council's Executive Member for Communities and Education, said. Seemingly delighted about iconic old bookmaking it back to the reading collection, she said that the others now can enjoy the treasure trove of literature and learning now that it has been returned after several years of missing. “Definitely a case of better late than never!” She added. 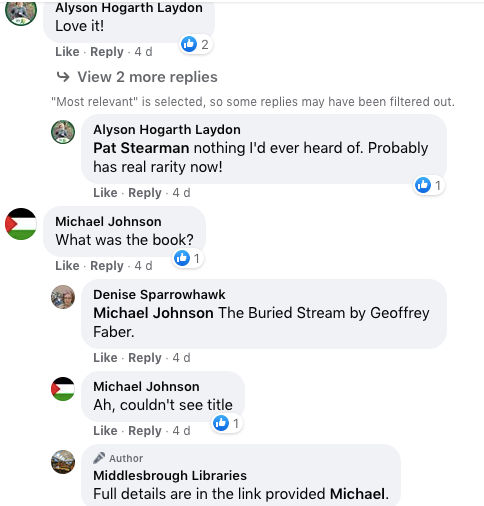 WE RECOMMEND
1 week ago
Tahira Kashyap thanks Varun Dhawan, Badshah for appreciating her book
1 week ago
Emily Ratajkowski is working on book of essays, 'My Body'
6 days ago
Tahira Kashyap reveals most important commandment from '12 Commandments of Being A Woman'
2 weeks ago
MS Dhoni's debut web series to be based on THIS book, Read details
6 days ago
Lenny Kravitz reveals he 'kind of blew it' when he first met his ex-wife Lisa Bonet