What Is Am I A Lesbian Masterdoc? Find Out Why Netizens Claim It's Helpful

Recently a google doc known as 'Am I a Lesbian masterdoc' is going viral on the internet. Find out what is it all about and is it really helpful.

The internet is home to the weirdest kinds of stories and trends. Once in a while, all internet users come across a trend, or meme that they fail to comprehend. Sometime during the August of 2020, a google document file by the name Am I a Lesbian masterdoc, began going viral on the internet and most internet users were left confused at this seemingly random occurring. So, What exactly is Am I a Lesbian masterdoc?

Read | Stan Lee's quiz: Can you recognize the movie by Stan Lee's cameo in it?

What exactly is Am I a Lesbian masterdoc? 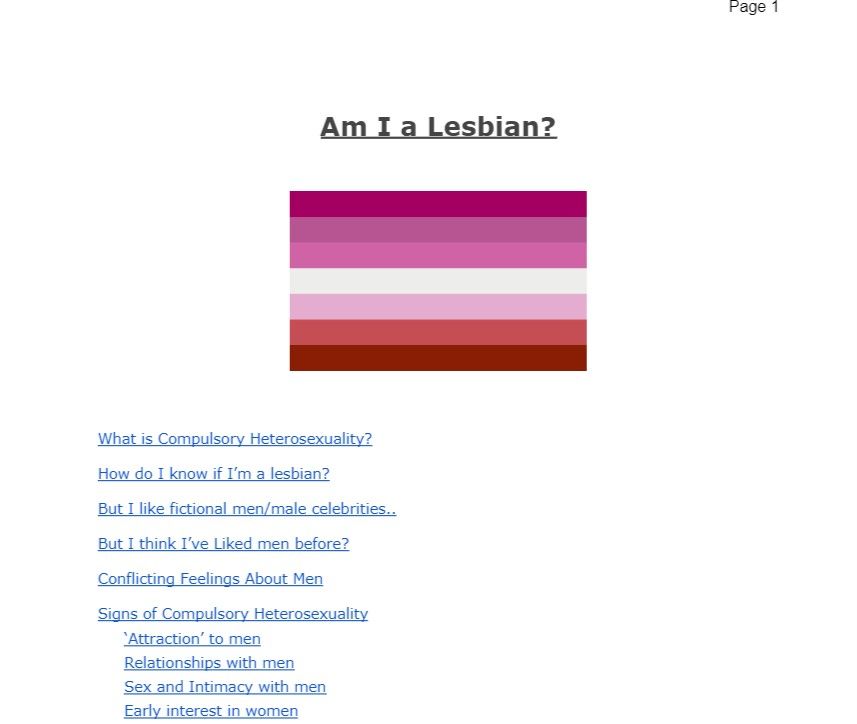 Read | What time does Age of Samurai: Battle for Japan release on Netflix?

Am I a Lesbian Quiz

The 31-page document is split into eight handy sections and is available on Google for anybody who wishes to read it for free. The first section explored that definition of heterosexuality and then goes on to describe how to know if one is a Lesbian. It also addresses some conflicting feelings that master doc users have about men. Finally, this LGBTQ guide document concludes with a “You might be a lesbian if TL;DR”. There are also some bullet points made by the author to solve the doubts of readers. These points include, "You wish you were a lesbian so you could escape the discomfort of dating men," "You feel like you could live with a woman in a romantic way, even if you can't imagine doing anything sexual with a woman," and "You dislike being attracted to men in general." As the document gained popularity on Twitter, many users claimed that it had helped them to understand their sexual preferences.

opening the Am I a Lesbian masterdoc for the fourth time this week pic.twitter.com/BcKKvLMl7y

nonlesbians reading the am i a lesbian masterdoc and immediately tweeting about it being conversion therapy rhetoric like its clockwork pic.twitter.com/EHS36feBqx

Who is the author?

According to Distractify, the author of this now esteemed Google doc is Angeli Luz. She had initially circulated it on Tumblr without attaching her real name to it. She had the aim of untangling the sexual orientation of individuals from societal conditioning. This is in tandem with the discourse that, as reported by Vice as well, society is overwhelmingly socialized to be heterosexual.

Read | Where was 'Tribes of Europa' filmed? All about the German sci-fi series on Netflix