YouTuber Muhammad Didit, who boasts 27,000 followers on the video-sharing platform shared the video on July 10 and has garnered more than 1.8 million views.

In a bizarre video uploaded on YouTube on July 10, an Indonesian creator sits idle and does nothing for two hours. The video titled '2 JAM nggak ngapa-ngapain' which translates to '2 hours of doing nothing' was posted by YouTuber Muhammad Didit, who boasts 27,000 followers on the video-sharing platform. Didit said that he was inspired to make the video after many of his subscribers requested him to make educating content for youth.

"Maybe I should tell you a little about the reason behind this video. It all started with a lot of pressure from some elements of Indonesian society lately who asked me to create content that educates young people. Finally, with a little bit of heavy heart and compulsion, I made it - BOOM, But if you talk about the benefits of the video, it is up to you the viewers, who need to be clever and filter it out. I hope that you will like the video and will be entertained," Didit wrote as the description of the video.

Read: YouTuber Gayathri Roasts Actor Who Asked Her To Do Only ‘cookery Shows’; Serves A Recipe

The video has garnered more than 18 lakh views on YouTube alone since being shared on the channel 'sobat miskin official' earlier this month. Netizens are going absolutely berzerk on the comment section of the video as one user wrote, "This guy's a GENIUS. hahaha beats other youtubers who thought of their content for 2 hours/days. He did nothing for 2hours and earned a lot of money." Another user jokingly commented, "Imagine you did this then you forgot to push the record button." 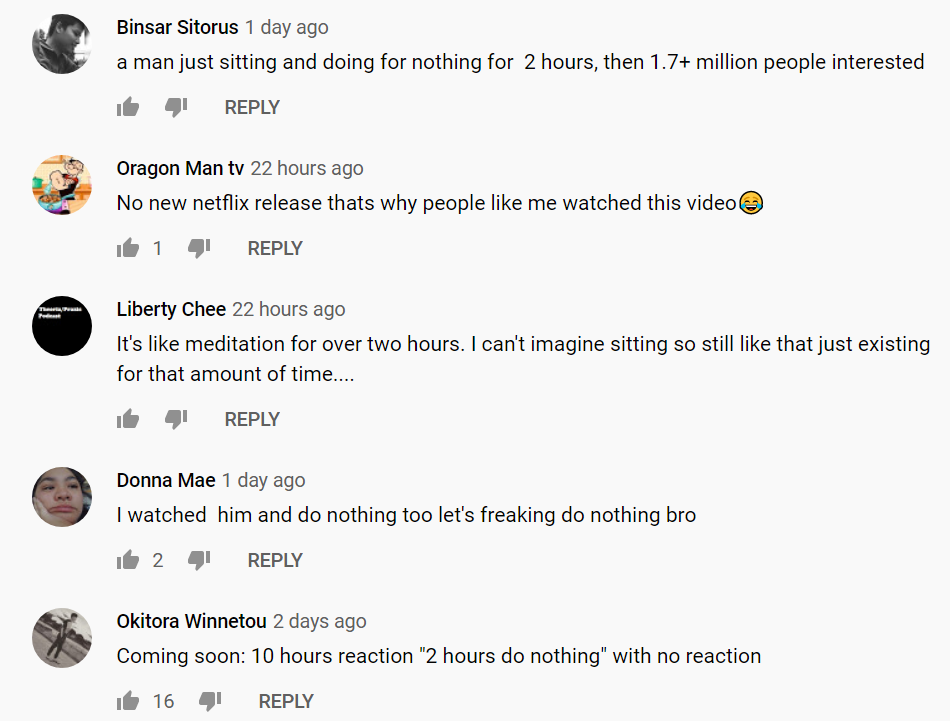 In another video, a YouTuber and a make-up artist Jamie French came up with a ‘Tiny Face Makeup Challenge’ where she painted lips on the nose and covered the mouth with a cloth. This created an illusion and made French look like she had a tiny face. The YouTuber posted nearly an eight-minute tutorial video and explained the entire process of painting lips on her nose to achieve the look. French’s video garnered lakhs of views with several voluntarily taking up the challenge and posted separate images and videos.

WE RECOMMEND
1 week ago
Exclusive: Ashish Chanchlani recalls his journey from 'self-doubt' to 'creating magic'
2 weeks ago
YouTuber PewDiePie pays tribute to 'cool dude' Sushant Singh, laments actor's tragic fate
1 week ago
Mr Beast Riddle worth $100,000 is the hardest riddle ever, find out why
1 week ago
NCT's Yuta Nakamoti receives backlash for being 'close' to an 'anti-Korean' YouTuber
1 week ago
YouTuber Gayathri roasts actor who asked her to do only ‘cookery shows’; serves a recipe
LATEST NEWS
View all
16 hours ago
Teacher's unique technique of teaching students during online class wins applause
6 hours ago
Mumbai: Residents welcome female figures on traffic signal signages
17 hours ago
Video shows intense battle between an eagle and duck, netizens amused