Fact Check: Did A Doctor From Maharashtra Die Due To Coronavirus After Saving 188 Lives?

Fact Check: There have been posts on Facebook and Twitter which claimed that there is a doctor named Manisha Patil who lost her life due to coronavirus.

Amid the Covid pandemic, people have been sharing various news and updates amid which also lies a lot of fake and misleading news. A recent post that has been going viral on Facebook and Twitter claims that a doctor from Maharashtra passed away after getting infected from coronavirus.

ALSO READ | Fact Check: Will The Govt Bring An Act To Have 18% Income Deposited By All Tax Payers?

People are sharing two pictures on their social media, one shows a selfie of a young girl and another one is of the same girl in doctor's apparel. Posts claim that the girl, whose name is allegedly Doctor Manisha Patil, lost her life after she tested positive for coronavirus. The post also says that she had helped many people fight the war against COVID-19 but lost her life. It was shared by many on their social media pages. The progression of the post can be seen as the initial posts only claimed that Manisha was 28 years of age and belonged to Maharashtra. The later posts also claimed that she saved 188 lives as well. 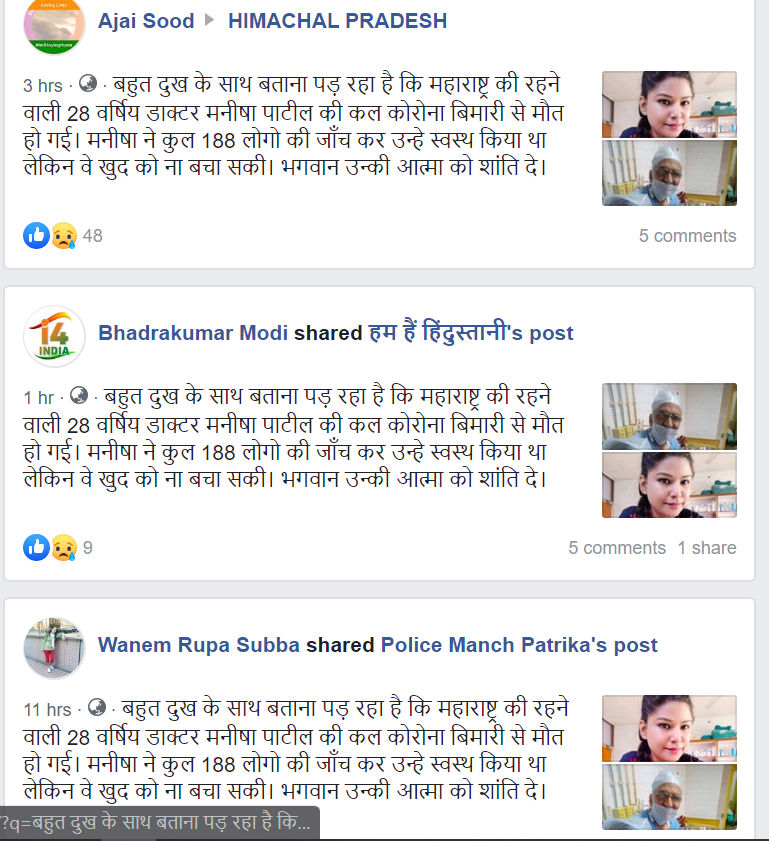 The post is fake and misleading. The pictures that are being shared by people do not belong to a Manisha Patil. The pictures are of Dr Richa Rajpoot. The news was debunked by Richa herself, who took to Twitter and shared a video where she said that the video was fake. She shared that she is a general physician and she belongs to Kanpur. She also revealed that she has not been in direct contact with COVID-19 patients and is helping people on social media regarding their primary issues.

The pictures shared in posts are that of Dr Richa Rajpoot from Kanpur, who is a general physician

The pictures started circulating on Facebook and then moved forward on Twitter and Whatsapp as well. On April 25, Dr Richa Rajpoot shared her selfie and a picture in her doctor apparel on her Twitter account. She had shared her pictures to join the #BlueTwitter trend that which was used to share pictures in shades of blue. These two pictures were then used by people to make the post about how a doctor died due to coronavirus and the 'Pune doctor death' posts on social media.

ALSO READ | Fact Check: Can A CEO Of A Company Face Action If Its Worker Tests Positive For COVID-19?

Google Trends shows how people were looking for the post and also trying to search whether the news was fake or true. The searches saw a spike and reached its peak on April 26 at 10.30 AM. The interest over time then slowly went down. 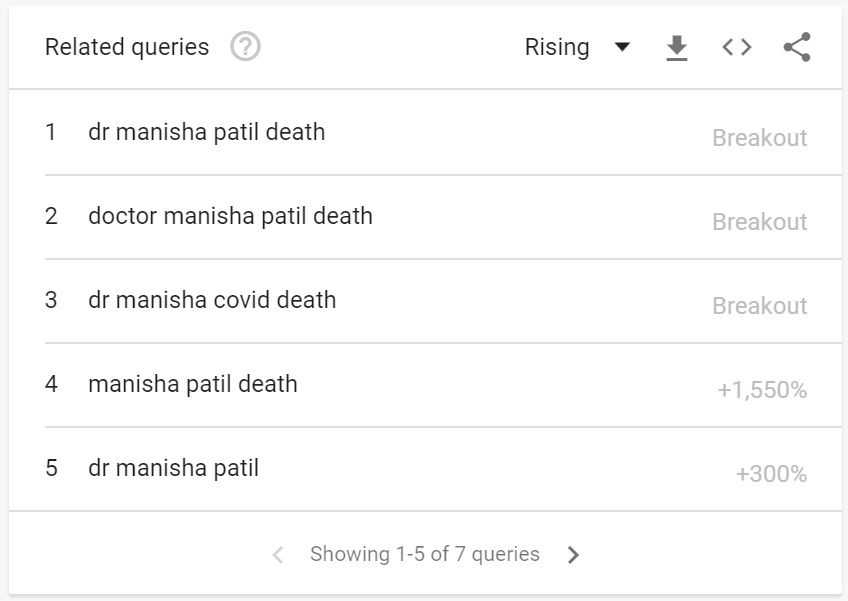 ALSO READ | Fact Check: Has Department Of Telecom In India Made Internet Free Till May 3, 2020?