Fact Check - Is The WhatsApp Video Of Body Bags In A New York Hospital True?

Fact Check on the WhatsApp video of body bags in New York hospital. Recently, a WhatsApp message has been claiming that the situation in NYC hospitals is dire. 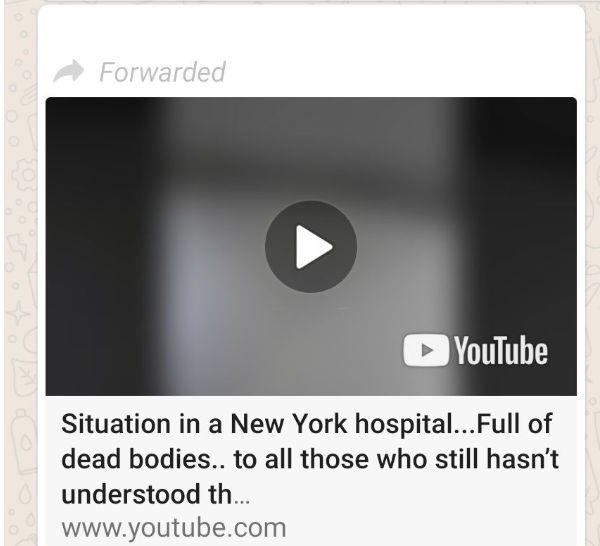 After an analysis of the Google Trends with respect to the WhatsApp video of the body bags in New York, one can see that the people have been hugely interested to know about this distressing news and the truth about it. The maximum number of searches have been done on April 3, 2020. 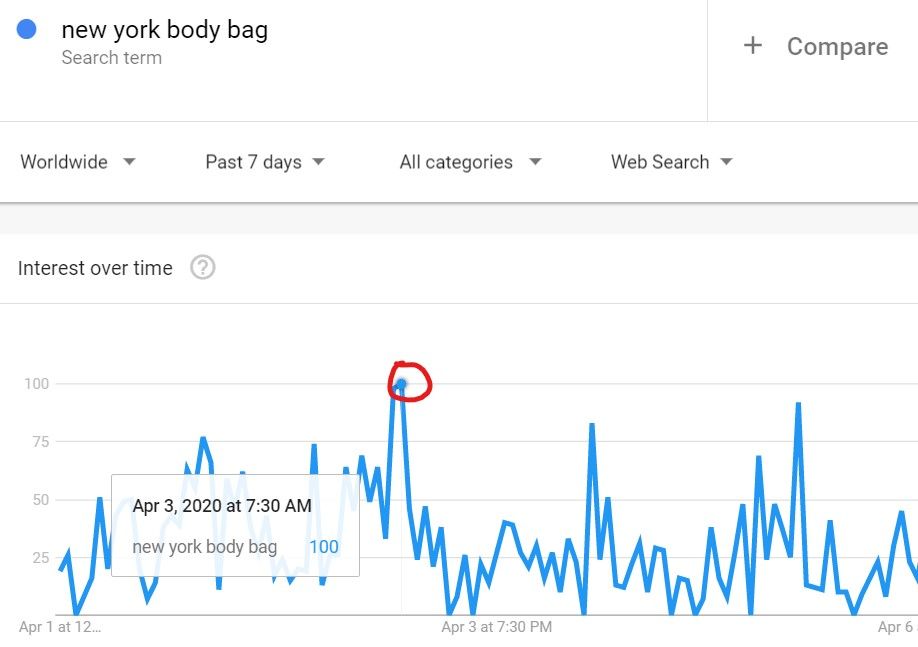 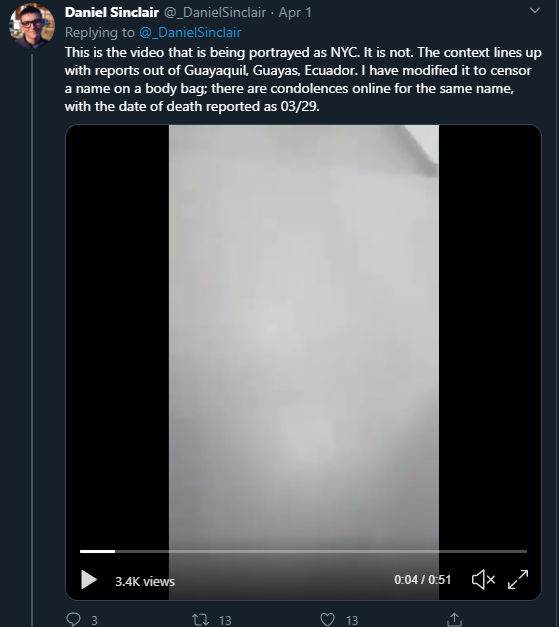 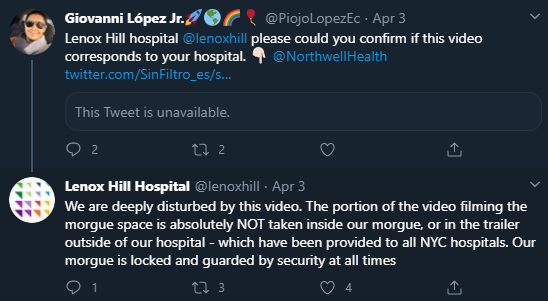 ALSO READ| Fact Check: Is Sandra The Orangutan Washing Hands Due To The COVID-19 Pandemic?

PEOPLE HAVE PLEDGED SO FAR
LATEST NEWS
View all
1 week ago
Fact Check: Picture of 1000 buses arranged by Priyanka Gandhi for migrants real or fake?
1 week ago
Fact Check: No Surjewala, 40 Shramik trains did not 'get lost' while ferrying migrants
2 weeks ago
Fact check: Did UK PM Boris Johnson call journalists for tea after recovering from COVID?