Fact Check: After Murder Hornets, Are Flying Spiders Coming To Invade The US?

Fact check on whether flying spiders are real and whether they are coming to the US in June. Is there a new breed of flying spiders in the US? See detail.

Flying spiders are coming to the United States in June 2020.


After the threat of murder hornets in the US, social media is currently filled with the news of a new breed of flying spiders coming to the US in June 2020.  See the social media messages where people spoke about the flying spider threat on Twitter and Facebook. Take a look at the findings and fact check about this flying spider news in the US. 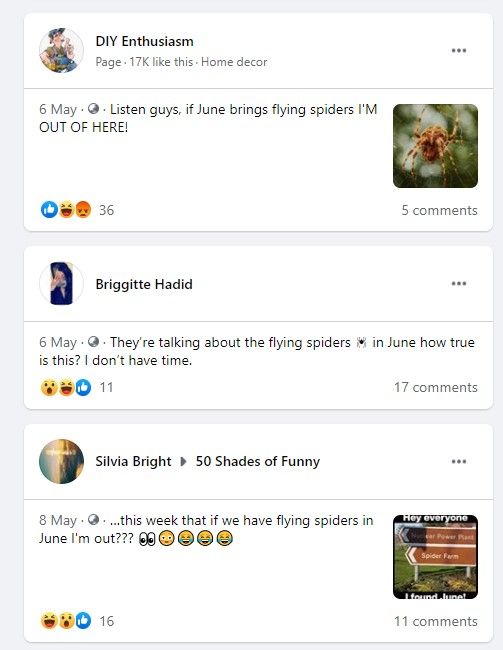 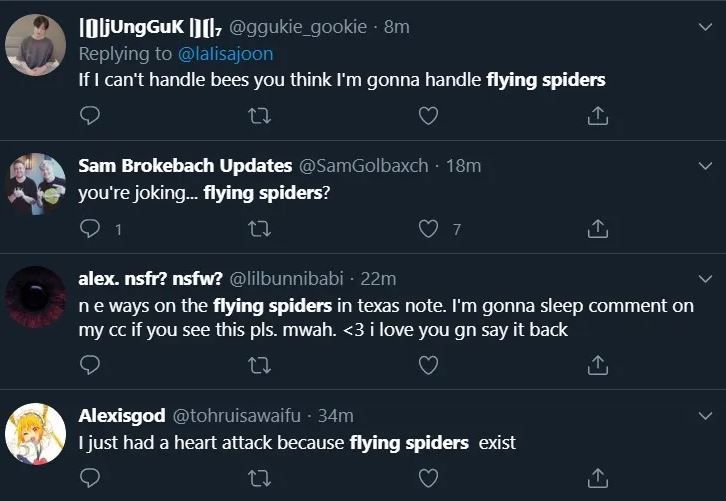 Republic World did a fact check on the flying spider in US news and found the rumour to be a mixture of true and false news. Flying spiders are NOT a new breed of spiders as they belong to the Larinioides Sclopetarius species. Flying spiders are actually common in Chicago high rise buildings in the month of May to August due to their annual migration season.

Flying spiders are actually nothing but mostly spiders from the Larinioides Sclopetarius species, and are commonly known as bridge spiders or grey cross spiders. These spiders actually do not have any wings that would enable them to fly. They actually spin balloon-like webs and are carried by the wind to a great distance. These spiders are colloquially known as flying spiders as they move to one place to other by using wind and, according to some scientists, they use the atmosphere's static electricity to take flight. The spiders are a type of orb weavers and usually live on rocks near water bodies. They are spotted a lot during the May-August season in the city of Chicago, US. It has been observed that these flying spiders usually migrate during this season.

Since 2012, during the month of May-August, the residents of many high-storeyed buildings like Willis Tower, Hancock Center, Hilton Hotels and other high rise buildings spotted spiders at the top of the buildings. This occurrence was credited to the flying phenomenon of spiders in Chicago. They are found in such building as they get attracted to light and feast on pests like flies, moths, insects on the high rise buildings. These spiders need not be feared from as they have not been reported to bite humans and are considered to be less venomous than a bee.

Back in 2015, the residents of the Hilton Hotel got a note from the management stating that the residents should not open the windows due to the annual migration of the spiders in the month of May. They also stated that it is a Chicago phenomenon. 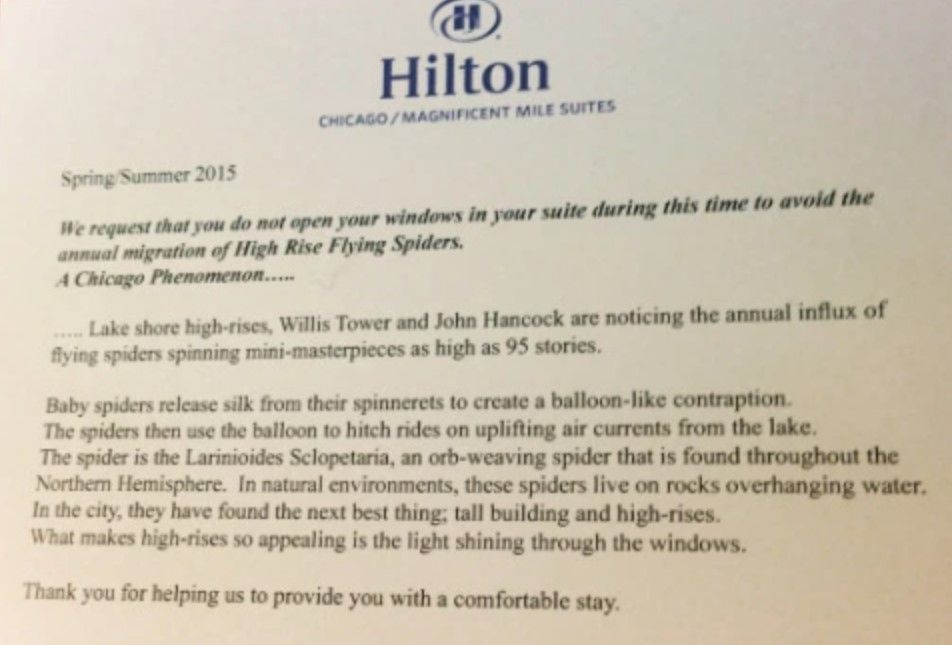 Google Trends analysis: Flying spiders in the US

After an analysis of Google Trends with respect to flying spiders coming to the US rumour, the maximum number of searches were found to be done on May 13, 2020. 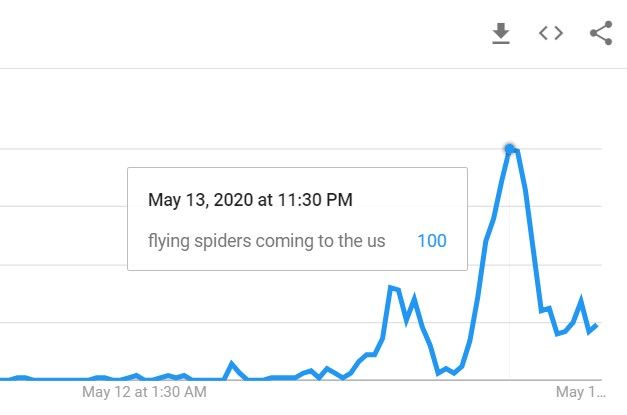