LG Polymers issued a statement tendering apologies and condolences for the lives affected and lost, informing that the status quo has been brought under control

After the horrific gas leak causing numerous deaths and affecting nearly a thousand people in Vishakhapatnam, LG Polymers India, the company has issued a statement tendering apologies and expressing condolences for the lives affected and lost while informing that the status quo has been brought under control. 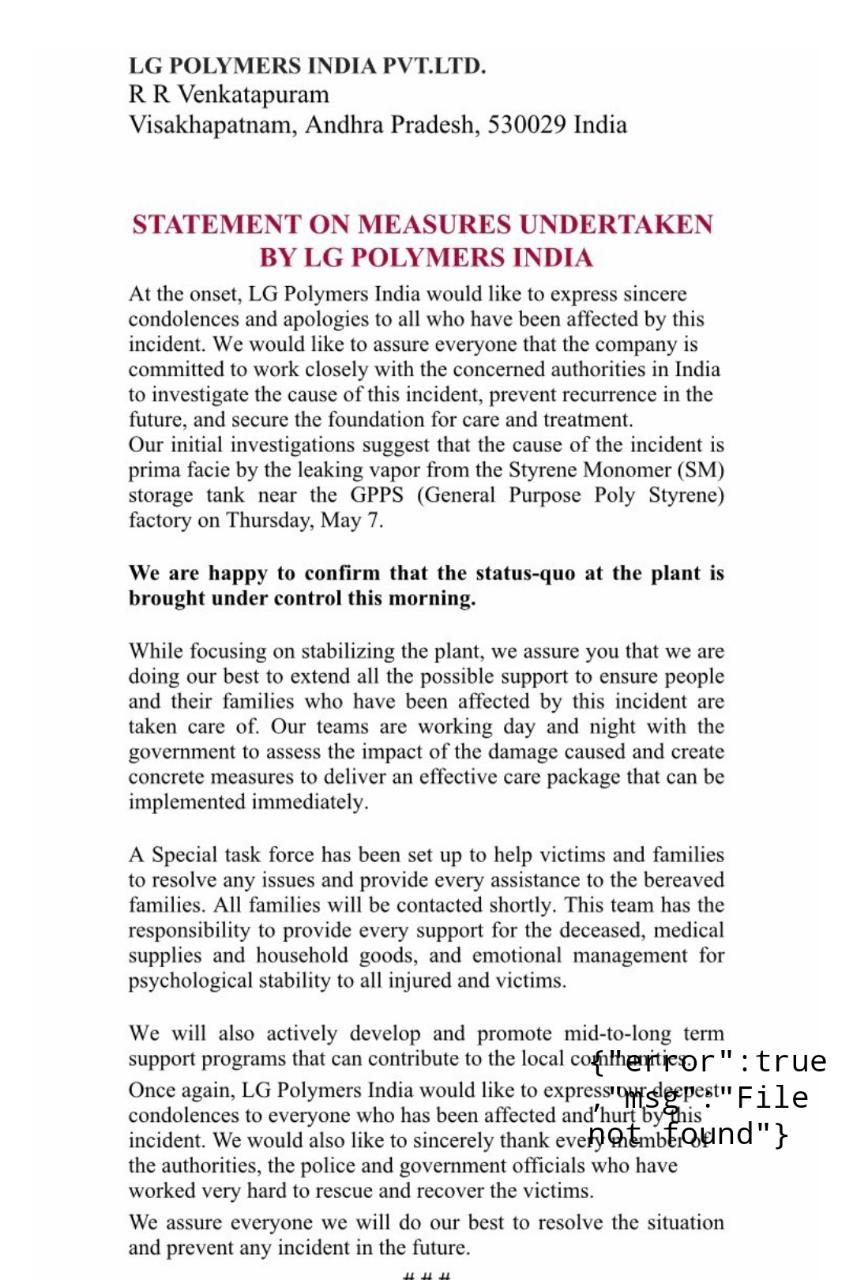 Gas leaked from LG Polymers chemical plant in RR Venkatapuram village in Visakhapatnam in the early hours of Thursday and quickly spread to villages in a five-kilometre radius, killing as many as 11 people and impacting about 1,000, many collapsing to the ground as they tried to escape the toxic vapours. Around 2,000 mt tonnes of chemical gas Styrene was leaked, according to sources.

The Ministry of Home Affairs had arranged 500 kgs of Para-tertiary catechol (PTBC) chemical to neutralize the effect of Styrene Monomer. The PTBC chemical had been arranged by a firm in Gujarat's Vapi and will be carried to Vizag by the NDRF team from Pune.

Among the dead were two children, aged six and nine, a first-year medical student and two people who fell into a well while fleeing the vapours from the plant, getting ready to reopen after the lockdown. Around 3,000 people have reportedly been evacuated by National Disaster Response Force (NDRF) teams from Imhachalam, Gopalapatnam, Vepagunta. A total of 1000 people who have come in direct contact with the gas are being treated in hospitals currently.