Each year there are several important days which hold more importance than others. Be it a festival, a historically significant day or a day of national importance, every month has some special days. Very often we are unaware of such special days unless we read about them somewhere or if someone tells us about them. But this should not be the case, as in this fast-paced life, we need to be well-informed about the special days in a month which require our attention.

Read: Important Days In May 2020 That You Need To Know About For Your GK

June is the sixth month of an annual year which consists of 30 days overall and is named after Roman goddess Juno. Talking about important days in June 2020, there are a number of special days in June apart from 'Father's Day', like 'World Environment Day', 'World Oceans Day' amongst several others that one needs to know about for improving their overall general knowledge.

Keeping a tab on important days in June alongside other months will not only help us stay updated but can also cater to one’s preparation for competitive exams. 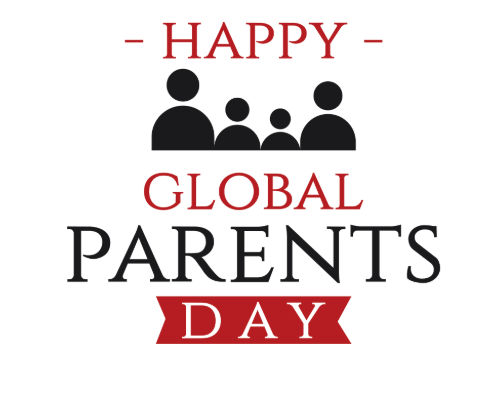 'World Milk Day' is observed to acknowledge the contribution of milk and other dairy products in the society in relevance to economic growth and development as the dairy sector helps in the sustainable development of the nation. On the other hand, the 'Global Day of Parents' is celebrated in order to aptly recognize and honor parents across the globe for their selfless love and lifelong support towards their children.

Once again two special days in June 2020 as celebrated on the same date i.e. June 2 which are 'International Sex Workers Day' and 'Telangana Formation Day'.

'The International Sex Workers Day' is celebrated post-June 2,1975 after 100 sex-workers came together and raised concerns regarding their dishonourable working conditions and work ethics. Unfortunately, the Church of Sant-Nizier in Lyon, France where they assembled was callously raided by police officials. This event further became a topic of national concern and since then the day is observed to preserve the rights of sex-workers on a global scale.

Another special day celebrated on June 2 is the 'Telangana Formation Day'. As the name suggests, it is celebrated to commemorate the day when the 29th State in India was added in the country in 2014. People celebrate this day with lots of gusto in the state of Telangana.

The General Assembly of UN announced June 3 to be celebrated as International World Bicycle Day each year in order to recognise the versatility and environment-friendly nature of bicycles as means of transport which also helps in keeping one fit and is environment-friendly.

'The International Day of Innocent Children Victims of Aggression' is observed each year on June 4. It is a day to raise awareness about children who have faced harassment of any sort in their lives, and eradicate such a practice from society.

Out of all important days in June, this day is a highly notable one. On June 5 every year, the 'World Environment Day' is celebrated for creating awareness regarding the protection of the environment around us. We can protect our environment by adopting certain changes in our regular lifestyle.

Food and food safety is highly important for our livelihood. Thus in order to achieve SDG 2020, we need to take care of food safety. To be aware off the harmful consequences of contaminated food and water, this day is celebrated. Additionally, the other aim to celebrate this is to eradicate diseases like food poisoning and jaundice too.

Read: Important Days In April 2020 You Need To Keep A Track Of To Stay Updated

'The World Brain Tumour Day' is observed on June 8 each year in order to draw people's attention globally towards the disease of Brain Tumor. It is also observed to spread awareness regarding its prevention and treatment. 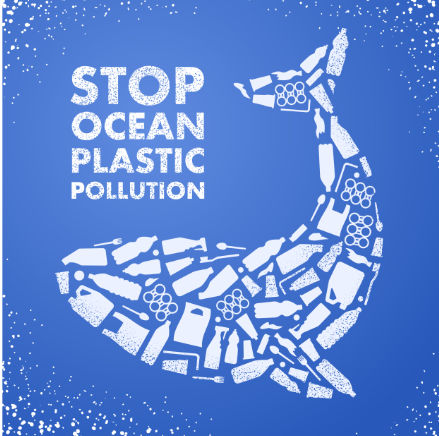 June 8 is celebrated as 'World Oceans Day' so that public attention can be drawn towards the oceans and aquatic life. It is a day to spread awareness regarding the conservation of oceans and preventing it from water pollution.

Child Labour is a major area of concern so as to spread awareness about this heinous crime. 'World Day Against Child Labour' is observed on June 12 every day.

For spreading awareness about the significance of blood donations and donors, the 'World Blood Donor Day' is celebrated on June 14 each year. On this day, blood donors also get recognised for their contribution to a social cause. 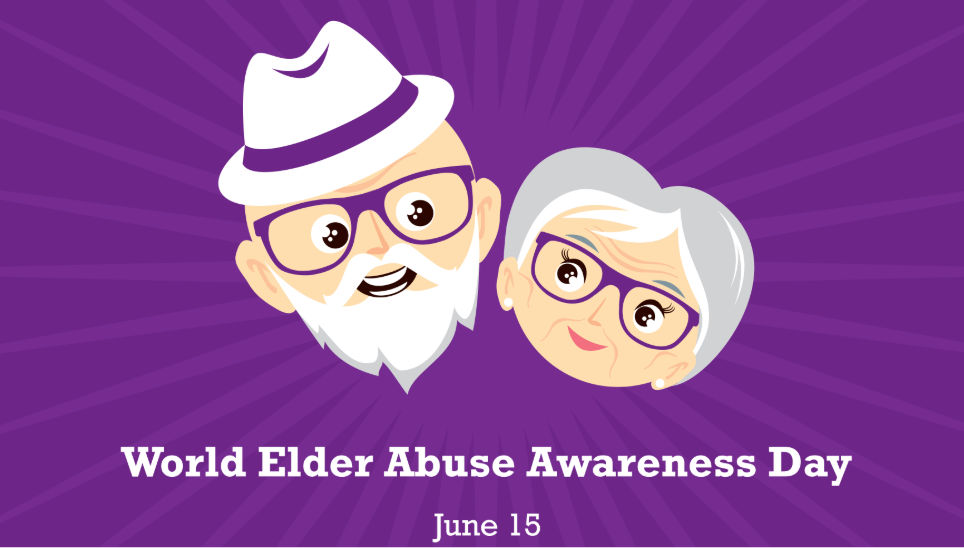 Both 'World Wind Day' and 'World Elder Abuse Awareness Day' are observed on June 15 each every.

'World Wind Day' is celebrated to encourage and advance wind energy for activities. On the other hand, Elder Abuse is raising concern in India. In order to educate young minds about the importance of elder wellbeing, the World Elder Abuse Awareness Day is observed. Wherein awareness programmes are organised in order to create awareness about the prevention of elder abuse. The United Nations General Assembly also acknowledged this day an important one.

To remember and embrace the sacrifice of Martyr Guru Arjan Dev the Martyrdom of Guru Arjan Dev Day is observed on June 16. He was a first of two gurus who were brutally tortured and killed by the Mughal Emperor Jahangir.

A day on which autistic children and adults along with their families assemble together and celebrate their lives irrespective of their life struggles and hardships is called the 'World Refugee Day (International)'. Amidst the most important days in June, this day is celebrated with a lot of galore globally. 'Picnic Day' is celebrated to enjoy quality time with family and friends outdoors on a picnic.

Read: Warmer Days Ahead For Delhi Says IMD, Temperature To Hover Around 10 To 27 Degrees

The Sickle Cell Disease affects the haemoglobin level in our body in a massive way, which leads to low oxygen in our body. In order to create awareness about this disease, the 'World Sickle Cell Awareness Day' is celebrated each year on June 19. Apart from this, another special day, the 'World Sauntering Day' is also celebrated across the globe to remind people that life is beyond worries, and one should enjoy it to the fullest.

A day which highlights the trials and tribulations faced by Refugees each day. 'World Refugee Day' is observed to create understanding about how people can support refugees by contributing something for their welfare.

'World Music Day' is celebrated on June 21. It is a day to cherish and gusto the Music on a global level and how music can bring harmony between nation. Another important day, 'World Hydrography Day' is observed on the same date to raise awareness about the 'International Hydrographic Organisation (IHO)' and hydrography science. 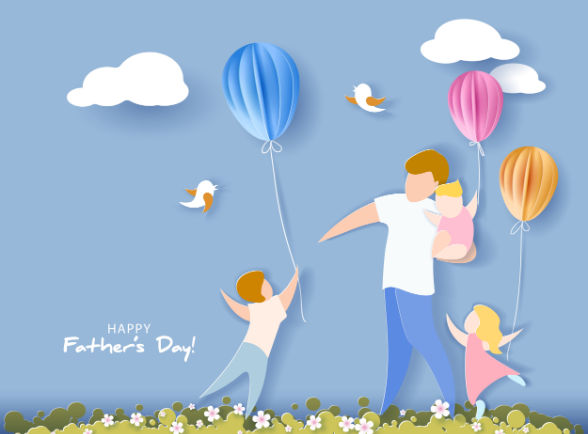 'International Olympic Day' is observed on June 23 to draw people's focus on the significance of sports in regular life. The United Nations Public Service Day is celebrated on June 23 as well,  to recognise and facilitate the work of public servants towards society.

Read: Important Days In March 2020 That Will Help You Plan The Month Accordingly

On June 23 each year International Widow's Day is observed in order to spread awareness about human rights for widows who unfortunately suffer a lot of backlash post the demise of their respective spouses.

'The International Day against Drug Abuse' is created by the United Nations General Assembly in order to promote a Drug-Free society. Along with this, 'International Day in Support of Victims of Torture' is also observed on June 26 every year to eliminate torture and other demonic activities relating to punishment and inhumane treatments

'The Asteroid Day' is celebrated on June 30 every year with regard to the remembrance of the Siberian Tunguska asteroid. On this special day, many programmes relating to creating awareness about the study of Asteroids are also run by the UN, by providing online educations to an individual.

All these days and dates are considered as special days in June 2020. Additionally, a track of these dates will not only help you stay updated on your General Awareness front but will also enhance your knowledge on a larger scale.