Amid Standoff With China, IAF To Setup Air Defence Radar Facilities In Uttarakhand

IAF, one of the tripartite services of Indian Armed Forces, discussed requirement of land for setting up advanced landing ground & radar facility in Uttarakhand

In a significant development in strengthening the surveillance system along the border, Indian Air Force has planned to set up air defence radar facilities in Uttarakhand. Indian Air Force which is one of the tripartite services of the Indian Armed Forces, discussed the requirement of land for setting up advanced landing ground (ALG) and radar facilities. Setting up of airstrip and radar facility to strengthen the surveillance system along the Line of Actual Control remains of prime importance as Uttarakhand is one of the states that shares the border with China. Air Officer Commanding in Chief of IAF Central Air Command, Air Marshal Rajesh Kumar met Uttarakhand Trivendra Singh Rawat.

Visuals from the meeting 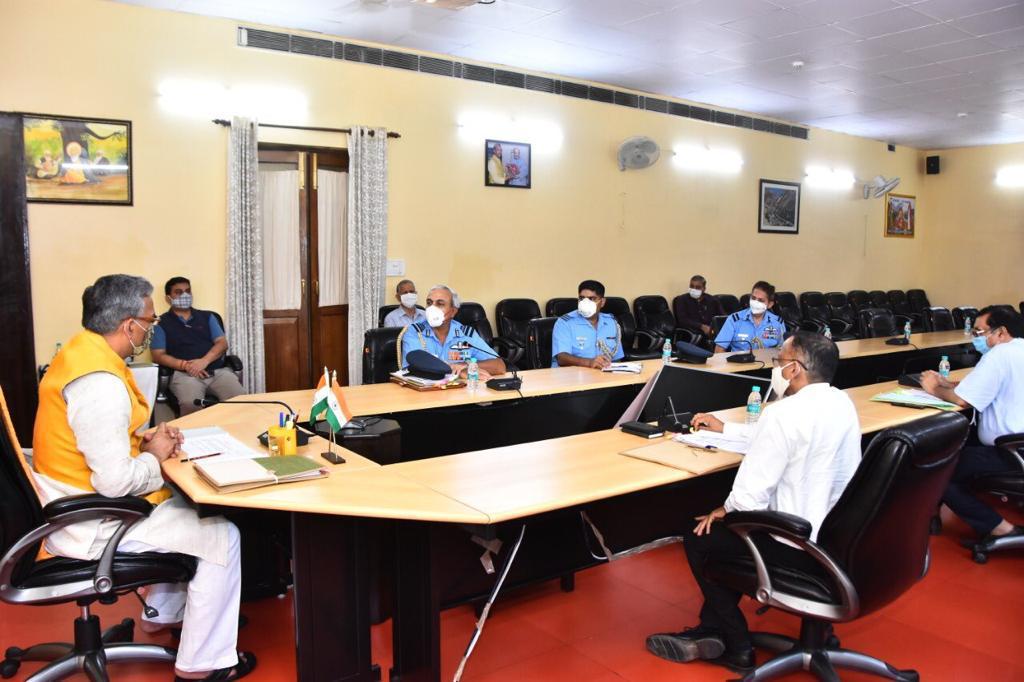 Strengthening of the Indian Armed Forces is of paramount importance as there are regular attempts of infiltration and encroachments by the adversaries along the LOC and LAC.

In a major boost to India's defence arsenal, French-made Rafale Fight aircraft were formally inducted into Indian Air Force on September 10 with the presence of Defence Minister Rajnath Singh and French counterpart Florence Parly at Ambala airbase. The ability to strike air-to-air targets up to 150 km away and at the same time also hit land targets up to 300 km within enemy territory makes the Rafale aircraft one of the world's most dangerous fighter jets. Defence Minister Rajnath Singh along with his French counterpart  Florence Parly attended the ceremony of these Rafale jets at Ambala's Air Force Station on September 10.

The speed, capability to attack land and air target and 4.5 generation system allow Rafale aircraft to challenge the most dangerous fighter jets. Powered by two SNECMA M88 engines, Rafale jets are known to attain a top speed of 2,223 km and a range of more than 3,700 km. It also has a Martin-Baker Mark 16F ‘zero-zero’ ejection seat, capable of operating at zero speed and altitude. The jets are well-equipped with laser-guided bombs weighing around 900 kg. 2500 rounds per minute can be fired from the jet's internal cannon. The new birds in the arsenal of IAF also come with the AESA radar, SPECTRA Electronic Warfare System and IRST system.

Pakistan's US-made F-16 is no competition with India's Rafale. Rafale aircraft can carry a payload of 24.5 tonnes while the F-16 is capable of carrying only 21.7 tonnes. This implies that the Rafale can load more weapons. Lastly, Pakistan's F-16 does not have the nuclear capability which the Rafale aircraft has.

In contrast to China's air to air missile systems, India's Meteor's unique propulsion system gives it ab edge over them. This is because Rafale jets instead of burning off all its fuel immediately after the launch can throttle its engine during the cruise. Therefore, as soon as the target approaches, Rafale can throttle up, while making its terminal attack at its highest possible energy state around Mach 4.5, even if fired over long ranges.