A Maratha Organization in Maharashtra 'Sambhaji Brigade' on Thursday filed a police complaint against Raj Thackeray and MNS for using Shivaji Maharaj Era's symbols on their new flag. As per sources, the complaint has been filed at the Swargate police station.

Ahead of the party's mega-rally in Mumbai, Raj Thackeray's Maharashtra Navnirman Sena (MNS), launched its new 'Saffron' party flag on Thursday. The flag has 'Raj Mudra' (stamps) which were used during Chhatrapati Shivaji Maharaj's rule. 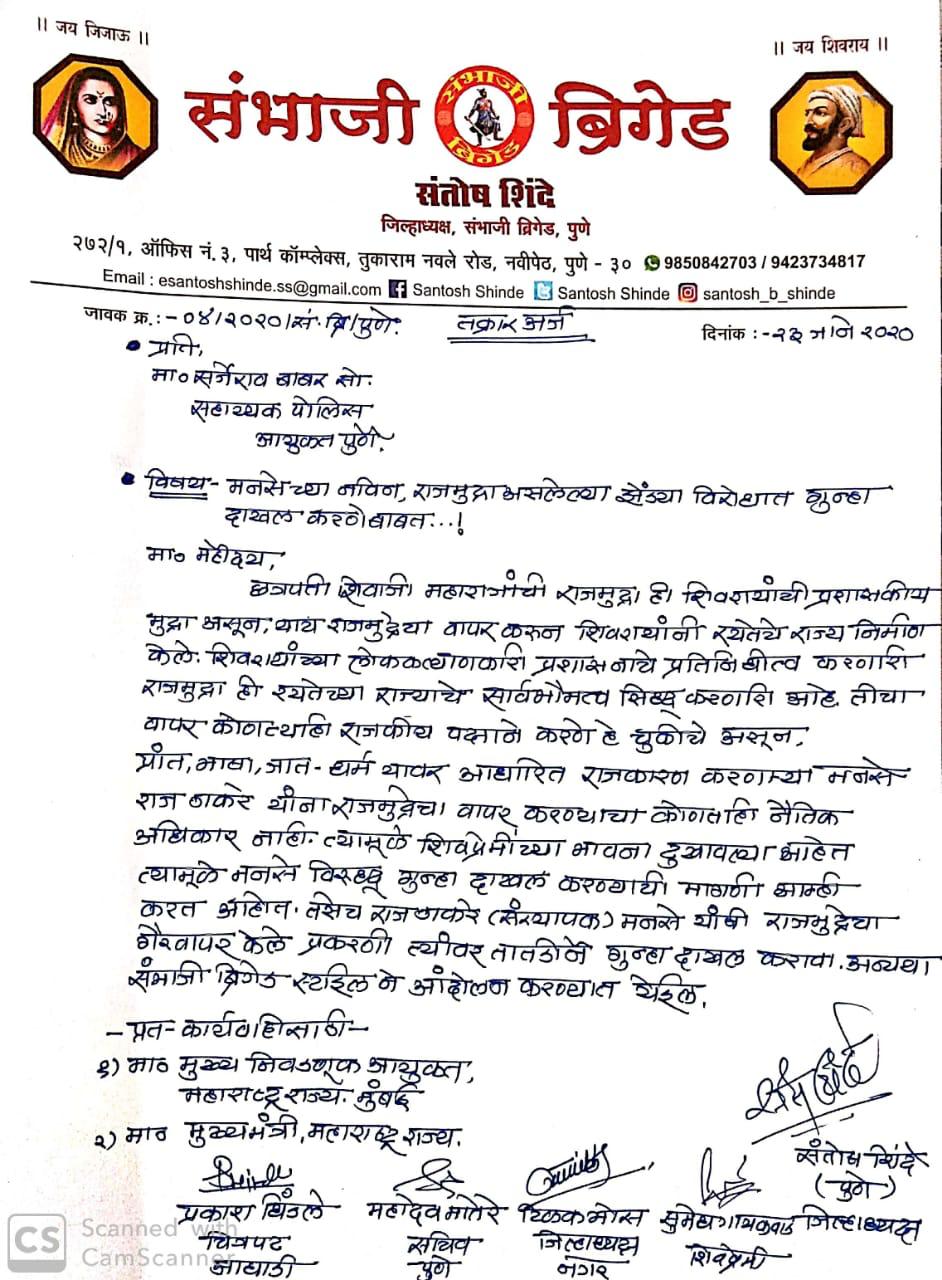 There are several speculations over the MNS changing its ideology and inclining towards Hindutva. The new saffron flag signifies a major shift in the party's ideology. Just a few days before the rally, the MNS had carried out new posters and videos of the party, hinting towards a major ideological shift to hard Hindutva. The posters which have been put across Mumbai have a map of Maharashtra painted in saffron with lines that read 'Thought about the ideology of Maharashtra, resolve to create a Hindavi Swaraj’.

Earlier, MNS General Secretary Shalini Thackeray tweeted a video in which Raj Thackeray can be heard making a pitch for Hindavi Swaraj. In another video, Thackeray can be heard saying, "A leader from Communist Party, Samajwadi Party, a party following Hindutva ideology or any other party, all of them look up to Chhatrapati Shivaji Maharaj as their ideal."

The Maharashtra Navnirman Sena (MNS) will be carrying out a rally in Mumbai on January 23 to mark the birth anniversary of late Shiv Sena founder Balasaheb Thackeray. According to reports, it is likely that Raj Thackeray will make a formal announcement regarding the party's stance after or during the rally.

Read: "Even by descendants of Mughals..,": Fadnavis slams Sanjay Raut over his Shivaji remarks

Raj Thackeray's son, Amit Thackeray on Thursday entered mainstream politics. This comes at the time when Raj Thackeray's MNS is eyeing to revamp the party and adopt the Hindutva ideology, to fill the vacuum left by cousin Uddhav Thackeray's party- Shiv Sena in Maharashtra.