In this youth-oriented movement, we worked on multiple ideas, wherein each one was targeted mainly at giving back to our families, our society and our nation.

Former President Dr APJ Abdul Kalam delivered many speeches highlighting the necessity of bringing the youth of today closer to their mothers. His ideas on this topic finally took the shape of the What Can I Give’ mission in 2012.

In this youth-oriented movement, the team worked on multiple ideas, wherein each one was targeted mainly at giving back to our families, our society and our nation. The first task for the members of this movement was to make their mothers smile every day. Dr Kalam made everyone take an oath to this effect.

Through the volunteers of What Can I Give mission, the team propagated 5 lakh ideas across India on how the youth could make their mothers smile. Dr Kalam often appreciated these ideas in his speeches. At a function at the Delhi Public School, Varanasi, on 14 March 2012, Dr Kalam touched upon two such exemplary ideas.

"I have come across some touching examples and stories in the course of this mission. Let me share some of them with you. Dhiraj, a tenth-standard student from Delhi wrote that a mother’s love can be solved through an equation. He said, 'Mother’s Love = Tan θ, where θ = 90 degrees.' Hence, according to this equation, his mother’s love equals infinity. What a beautiful way to express a mother’s love for their child!" 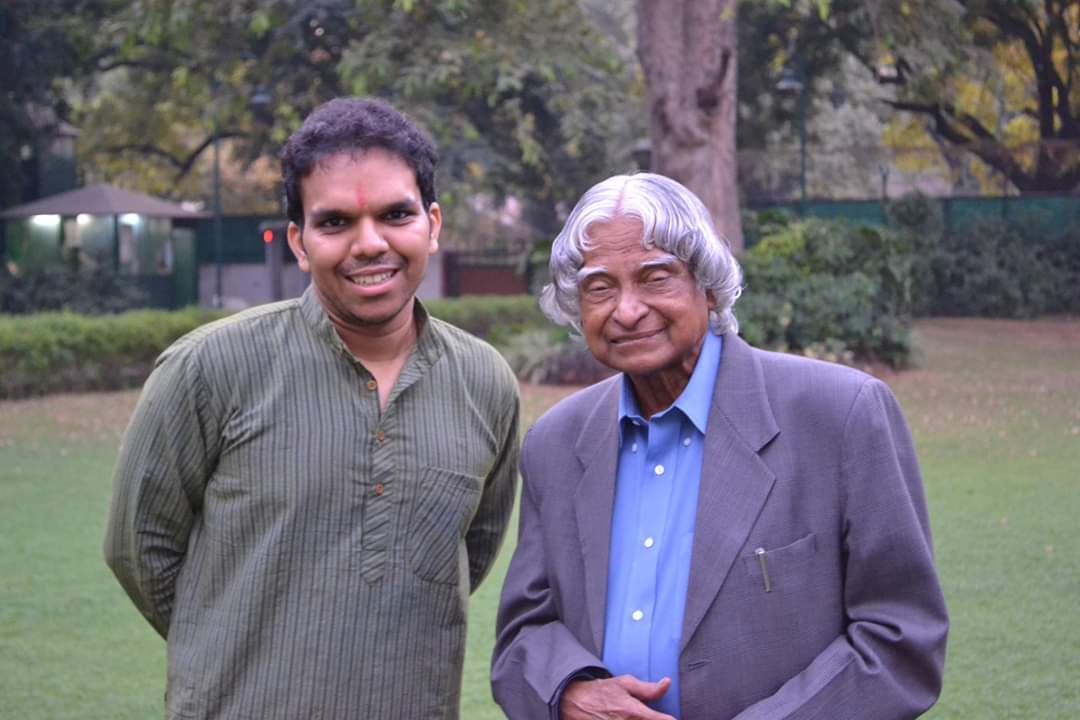 "Similarly, Sulochana, from the Karnataka Chapter, said that her mother was born to a very poor family and so she could only go to primary school. Her dream of getting a degree remained unfulfilled. But she wanted her two daughters to be highly educated so that they could get good jobs at big companies. She struggled very hard to convince Sulochana’s father that the girls should be put in the very best school, irrespective of the expenses. She even had to fast for two or three days in defiance before Sulochana’s father came around!" Dr Kalam narrated the second story.

"Once he agreed to admit their daughters in a good school, she promised to never demand anything for herself. So when Sulochana got a job in a multinational company through campus placements post an engineering degree, her mother was thrilled. She was smiling through her tears as she blessed Sulochana. A daughter had finally fulfilled a mother’s dreams," he added.

Read: Mother's Day Card Ideas | How To Make A Beautiful Handmade Card For Your Mother

(This article has been written by Srijan Pal Singh. He was the co-founder of What Can I Give Mission. He served as the Advisor (Policy and Technology) to Dr APJ Abdul Kalam, 11th President of India.)

PEOPLE HAVE PLEDGED SO FAR
LATEST NEWS
View all
57 mins ago
Karnataka to soon have health register of all citizens
10 mins ago
Noida: nearly 550 migrants sent back to uttarakhand in 3 days
29 mins ago
Man, two women run over by speeding vehicle in up's fatehpur
46 mins ago
Up: four migrants die on board sharmik trains
12 mins ago
'safdarjung hospital sends reports to death audit committee on 52 fatalities in last 2 months'