As per the official notification, President Ram Nath Kovind has appointed AAP chief Arvind Kejriwal as the Chief Minister of Delhi with effect from February 16.

As per the official notification issued on Friday, President Ram Nath Kovind has appointed AAP chief Arvind Kejriwal as the Chief Minister of Delhi with effect from February 16, the date of his swearing-in ceremony. This development comes after AAP secured a whopping 62 out of the total 70 seats in the Delhi Assembly elections. The President also accepted the resignation of Kejriwal and his ministers with immediate effect. Kejriwal will continue to function as the CM until he formally takes oath on February 16. Along with him, Manish Sisodia, Satyendar Jain, Gopal Rai, Kailash Gahlot, Imran Hussain and Rajendra Gautam will take oath as Ministers.

Read: From 'You're A Terrorist' To 'never Done Such A Thing', Javadekar Makes U-turn On Kejriwal 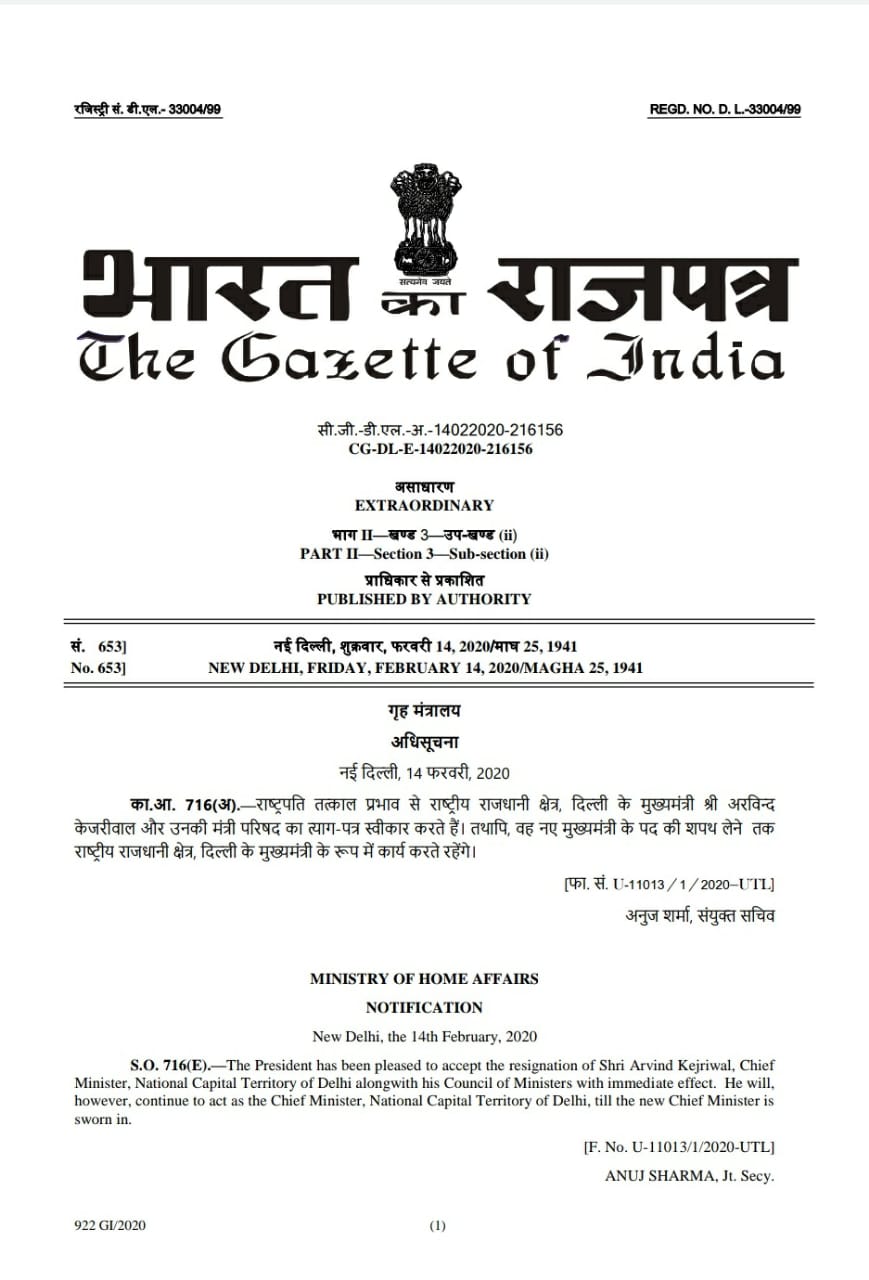 Since the announcement of the Delhi Assembly polls, the national capital has witnessed a high-octane campaign mainly by BJP and AAP. Right at the outset, Delhi Chief Minister Arvind Kejriwal made it clear that his party would focus on issues such as clean water, education, and health. He asserted that AAP would not indulge in negative campaigning. AAP was also the first party to declare its full list of candidates re-nominating all its sitting ministers and giving a chance to young leaders such as Atishi and Raghav Chadha.

On the other hand, BJP refrained from naming any CM candidate. It nominated a newcomer Sunil Yadav to take on Kejriwal from the New Delhi constituency. Apart from Prime Minister Narendra Modi and Union Home Minister Amit Shah, numerous BJP CMs, MPs and Union Ministers participated in the election campaign. In the last few days, BJP leaders sought to highlight AAP’s alleged role in instigating the Shaheen Bagh agitation.

Finally, the electorate of Delhi registered their vote on February 8. As per the Election Commission of India, the total voter turnout was 62.59 per cent, nearly 5 per cent lower than the corresponding figures in the 2015 election. Despite this, AAP managed to win 62 out of the total 70 seats with a vote share of 53.57%. On the other hand, BJP's vote share increased to 38.51%, but it bagged only 8 seats.