Trump In India, Here's The US President's Guest Book Entry At Gandhi Ashram In Sabarmati

President Trump is on a less than a two-day visit to India. He will be visiting Ahmedabad and Agra on Monday, before going to New Delhi on Tuesday

US President Donald Trump thanked Prime Minister Narendra Modi for the "wonderful visit" in his message in the guest book at Sabarmati Ashram in Ahmedabad on Monday morning.

Addressing PM Modi as a "great friend", President Trump thanked him for the visit. The note was signed by him and First Lady Melania Trump. Earlier, they had also tried their hand at the Charkha and PM Modi and Trump had also garlanded a portrait of the Mahatma. President Trump, accompanied by wife Melania Trump and a high-level delegation, arrived in Ahmedabad around noon on Monday for a little less than a 36-hour-long trip. From Ahmedabad, he will travel to Agra before arriving at the national capital for the main leg of the visit. 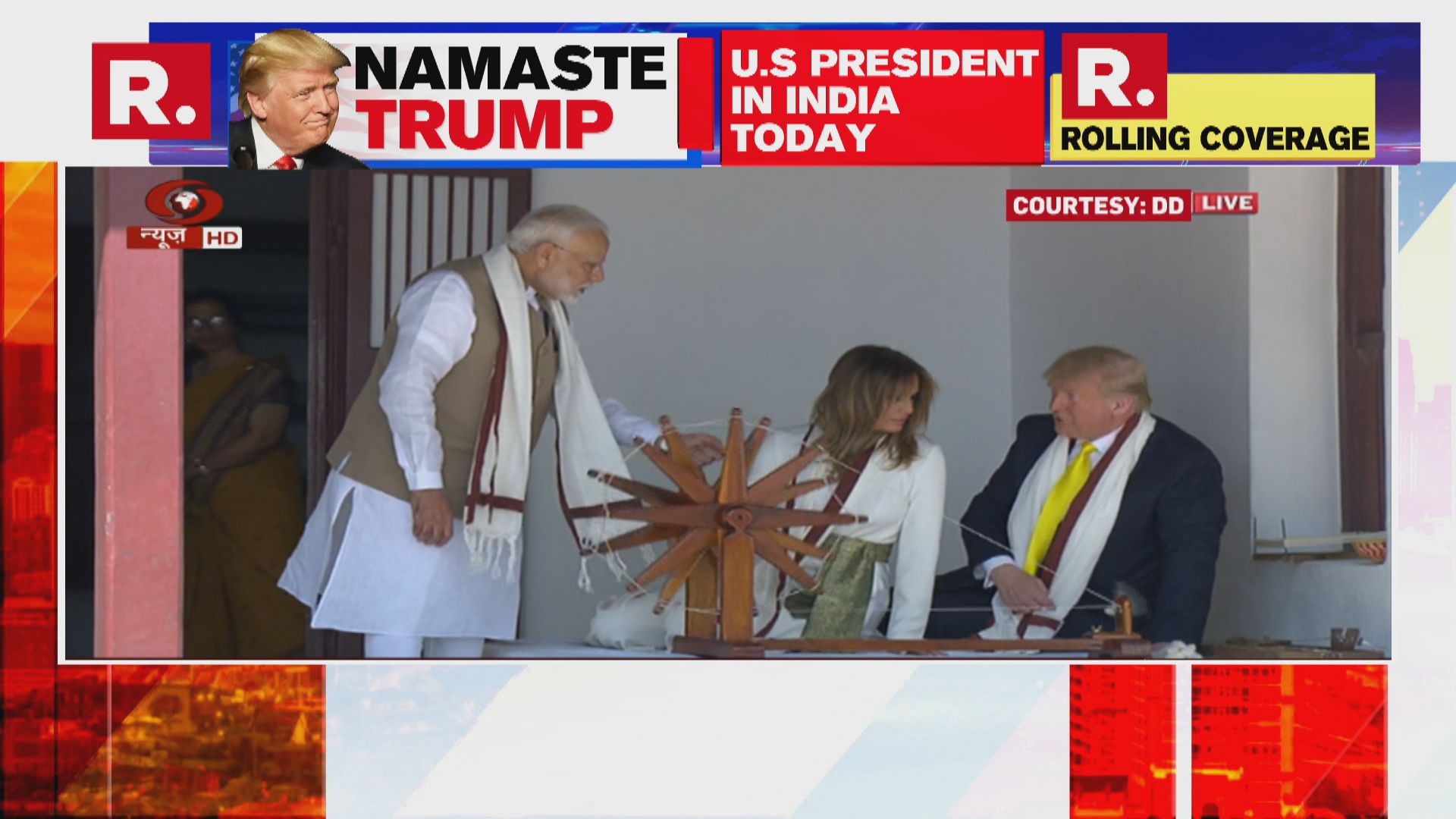 In Ahmedabad, Trump will address the 'Namaste Trump' event jointly with Prime Minister Narendra Modi at the newly built Motera cricket stadium. After the event, the US President and the First Lady will visit Agra, where they will spend about an hour at the Taj Mahal before the sunset. READ: Ahead Of 'Namaste Trump', Amul Welcomes US President Donald Trump With A Quirky Doodle

Later, Trump will depart for the national capital. On the morning of February 25, Trump and the First Lady will be accorded a ceremonial welcome at the forecourt of the Rashtrapati Bhavan. From there, they will go to Rajghat to pay homage to the 'samadhi' of Mahatma Gandhi.

It will be followed by restricted and delegation-level talks between Trump and Modi at Hyderabad House. Prime Minister Modi will host a lunch for Trump following the talks.

In the afternoon, Trump is expected to attend certain private events at the US Embassy, including a private roundtable with industry representatives. In the evening, the US president will meet President Ram Nath Kovind at the Rashtrapati Bhavan. A banquet will be hosted by Kovind and President Trump will depart from India later that evening.