Tata Group Chairman Emeritus Ratan Tata, joined Instagram in October last year and since then his constant adorable posts have won everybody’s heart. Tata has often been found posting about his life and everything around on the social media platform. His posts include vivid pictures including those of his dogs, his foreign visits and those from to his old days.

Recently, the Former TATA Chairman reached one million follower mark on Instagram and to celebrate the good news he posted a picture of himself along with a caption which thanked his followers for making his journey incredible. The picture shows Tata sitting cross-legged on the floor with a smile on his face. The picture garnered over 4 lakh likes in just a couple of hours.

As soon as the image hit the internet, it went viral. Many users congratulated him for while many lauded him and called him a 'legend.' One user wrote, "You are one of the most charismatic guy in the country" while another wrote, "Bow down to the legend" Yet another user praised him for being so humble and rooted. 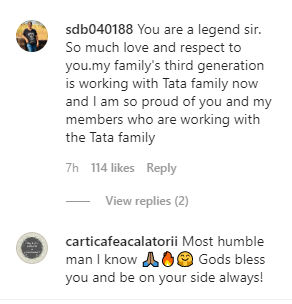 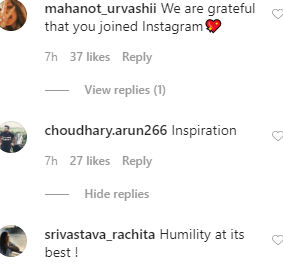 Read: Ratan Tata Was To Post His Dashing Pic On Wednesday, Then Learnt Of 'Throwback Thursday'

Recently, Tata made headlines after he posted a dashing throwback picture of himself from his Los Angeles (LA) days before 'happily returning to India'. Industrialist Ratan Tata, who has regularly been giving updates of his personal life on Instagram since recently joining the platform wrote about how he was recently made familiar with the concept of how 'throwback' pictures were supposed to be posted on Thursdays. Before that, he had initially planned to post the picture a day earlier, on Wednesday.