Imposing the Essential Services Maintenance Act (ESMA), the Uttar Pradesh government has announced on Friday, that the act will be imposed for 6 months

Imposing the Essential Services Maintenance Act (ESMA), the Uttar Pradesh government has announced on Friday, that the act will be imposed for a period of six months. As per the U.P ESMA, the state government now has the power to prohibit strikes in workplaces for the next six months, after which it may be extended for another six months. Madhya Pradesh too has imposed the stringent ESMA amid Coronavirus pandemic.

Apart from making strikes illegal under ESMA, the government is empowered with the following powers: 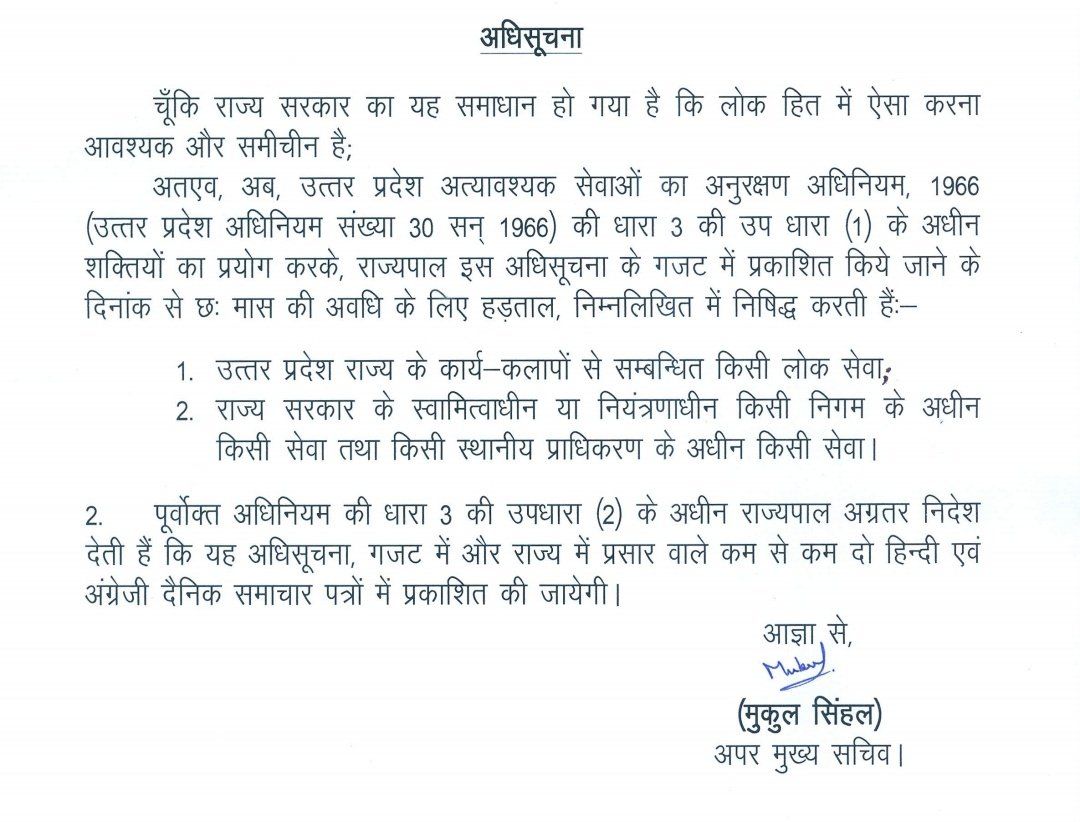 Several Indian business experts have welcomed the loosening of regulations stating that this move will provide flexibility and urge other states to bring in labour reforms. On the other hand, worker unions have expressed their dissatisfaction, stating that their role will be diminished and want the Centre to intervene. These laws have been sent to the Centre for approval before it comes into force into the respective states.

FM Sitharaman slams Cong over 'migrant-bus' row; points '300 trains to UP, 7 to C'garh'

Earlier in the day, Additional Chief Secretary (Home) Awanish Awasthi, revealed that 930 trains have brought 12.33 lakh migrant workers, from other states till date. Moreover, the Uttar Pradesh government instructed all district magistrates to arrange buses for migrant workers, who are found walking on foot, to send them to their homes. While the government has also banned the entry of any migrants on foot and trucks in the wake of the three notable tragedy, killing 82 migrants travelling in trucks, the government is currently, preparing a database of the skills of the incoming workers to provide employment to 20 lakh people as per their skills.