Pradeep Bhandari Inks 'against My Will' On Panchnama, After Mumbai Police Seizes Phones

As Republic Consulting Editor Pradeep Bhandari walked out of Khar police station, he revealed that three of his phones were seized by police, against his will

As Republic Consulting Editor Pradeep Bhandari walked out of Khar police station on Saturday after being 'illegally detained' by the Mumbai police, he revealed that three of his phones were seized by the police. As per the panchnama signed by Bhandari, he has mentioned that his phones have been 'seized against his will'. As per Article 20 (3), authorities cannot force an accused to produce evidence 'incriminating him' - i.e protection against self-incrimination. Bhandari, who left the police station stated that the police have seized his phone, after questioning over 10 hours. 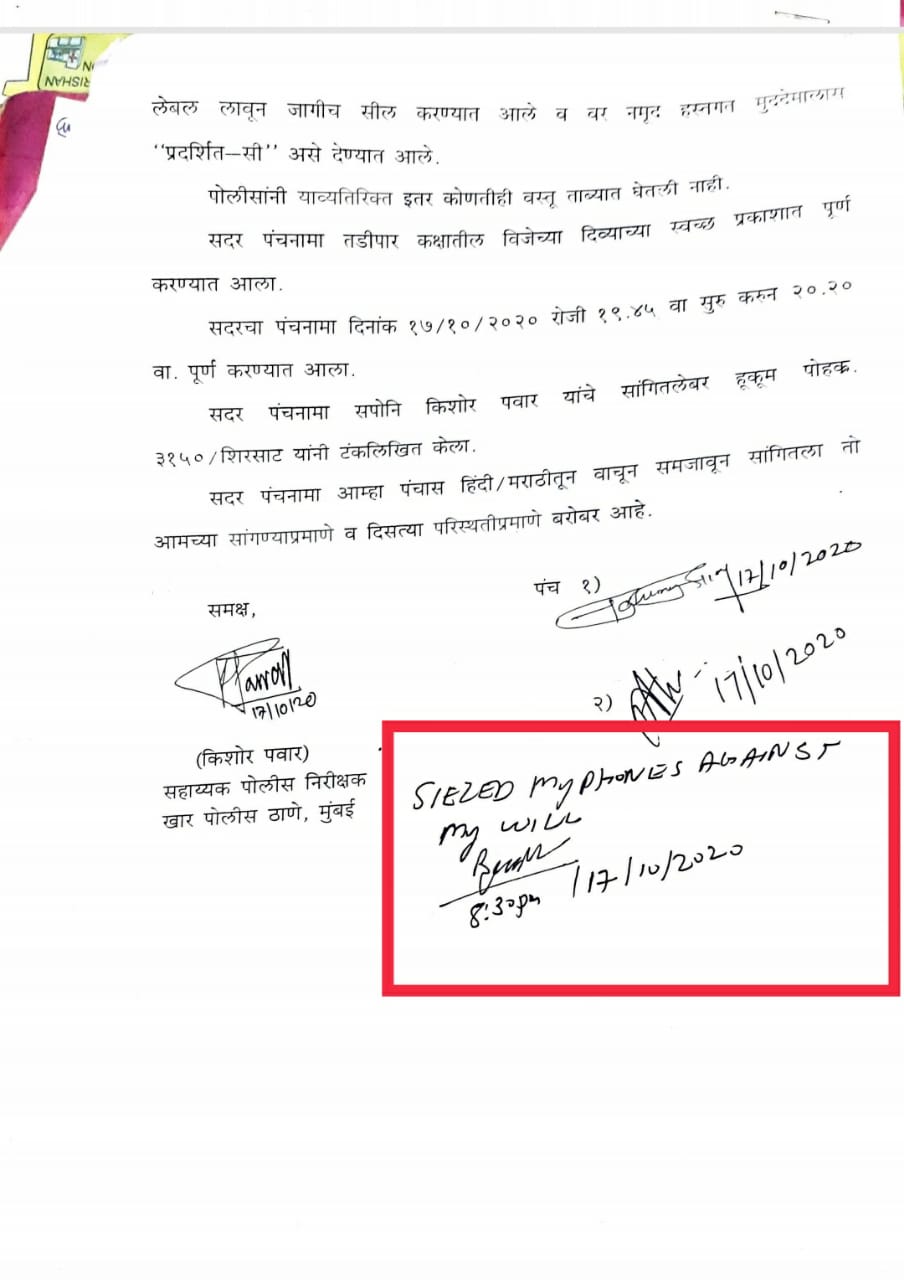 " I felt I lived in a democracy in Maharashtra, but I got to see true fascism today. The way they detained me undemocratically, they tried to arrest me, they tried to physically assault me. Under the name of summons, they tried to interrogate me in custody. All my phones have been seized. when I asked why are you seizing my phones, then they said that 'they got a call from top people'. The more you try to harass Republic, we will speak the truth louder," said Bhandari.

He added, "They tried to show me some fake videos, which they could not prove themselves and kept me sitting there. When I told that I had been granted bail, they did not give me Panchnama initially. Then an IT expert was called to unlock my phone and remove the SIM card. This is the blatant Emergency mindset, defying court orders."

What has Bhandari been accused of ?

Police had alleged that Bhandari pushed cops while he was reporting on BMC's demolition of actress Kangana Ranaut's office. They also claimed that Bhandari was allegedly 'Paying money to the public for raising slogans outside Ranaut's home'.  A complaint was filed against Bhandari  -  under Articles 188 - (Disobedience to order duly promulgated by public servant), 353 (Assault or criminal force to deter public servant from discharge of his duty) of IPC and 37(1), 135 of the Bombay Police Act.

The court on hearing the case observed that the FIR did not disclose that any force or assault was done against any public officer in order to deter him from discharging public duty. It noted that custodial interrogation was not required and granted Bhandari anticipatory bail. Inspite of this, Bhandari was summoned for questioning on Saturday and was illegally detained. Bhandari flew back from Patna, leaving his pre-poll coverage in Bihar, after being summoned by the Mumbai police for a second round of questioning.