Indian Railways on Sunday issued guidelines for Shramik trains that are operating for movement of stranded migrant workers, pilgrims, tourists, and students

The Indian Railways on Sunday issued guidelines for Shramik trains that are operating for movement of stranded migrant workers, pilgrims, tourists, and students stuck due to Covid lockdown. It states that local and state government authorities will act as a link and co-ordinate between passengers and Railways in the distribution of tickets. It says that the Shramik trains are non-stop trains bound for a single destination. It has clearly mentioned that all the people will be screened in the state from where they will board the train, and only if they are asymptomatic, they will be allowed to travel.

Here are the points specified in the guidelines:

Here is the full guideline document: 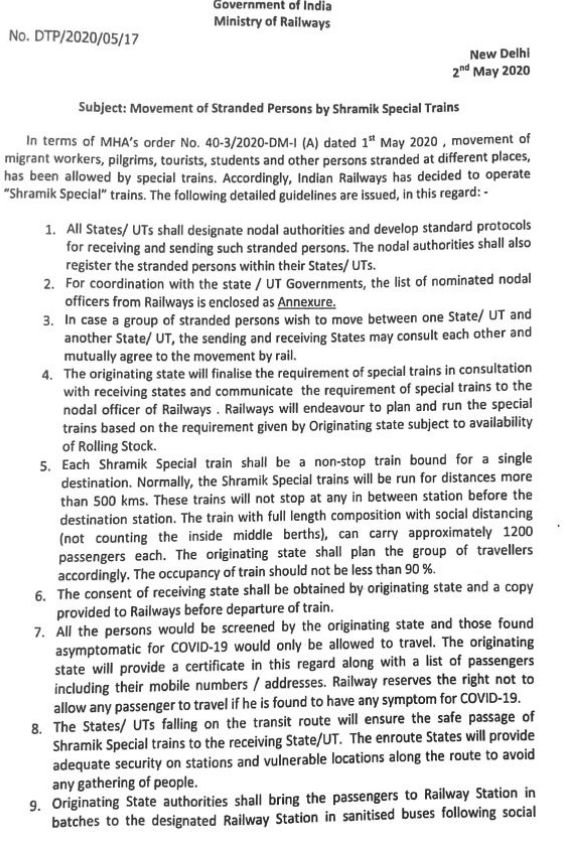 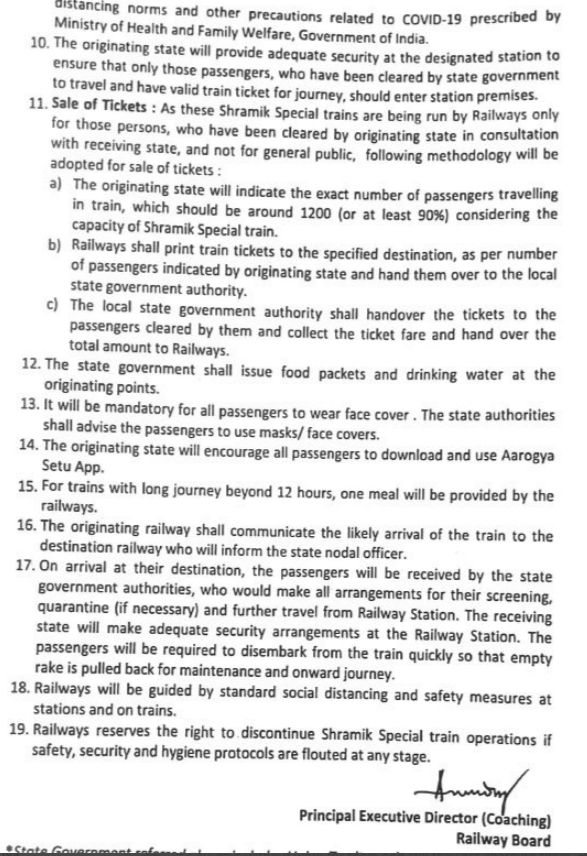 On Saturday, the railways issued a clarification that tickets will not be issued to any individual. Issuing an advisory on Saturday, it has said that no one under any circumstances should come to railway stations looking for trains as no requests will be entertained, adding that those who want to travel should contact state governments. It has also said that regular passenger train services are cancelled till May 17.

This comes after several Chief Ministers had urged the Home Ministry to ply special trains to facilitate the movement of migrants considering the long-distance and a large number of individuals stranded.  In the notice issued by the Home Ministry on Friday, it has stated that the Ministry of Railways will designate nodal officers for coordinating with states and Union Territories for the movement of stranded persons. It has also informed that the MoR will issue detailed guidelines for sale of tickets, and for social distancing and other measures to be observed at train stations, train platforms and within the trains.

READ | Here's where you can check if your district is a Red, Green or Orange Covid Zone