Amid coronavirus outbreak in the country, the district administration in Uttar Pradesh's Noida has denied permission for Chandrashekhar Azad's event

Amid coronavirus outbreak in the country, the district administration in Uttar Pradesh's Noida has denied permission for Bhim Army Chief Chandrashekhar Azad's event scheduled on Sunday. On the birth anniversary of Bahujan Samaj Party founder, late Kanshi Ram, Bhim Army chief Azad, famous as Ravan was likely to announce his new political party at a programme in Noida's Sector 70. However, citing concerns and central government's advisory of avoiding mass gatherings, the administration has denied permission. 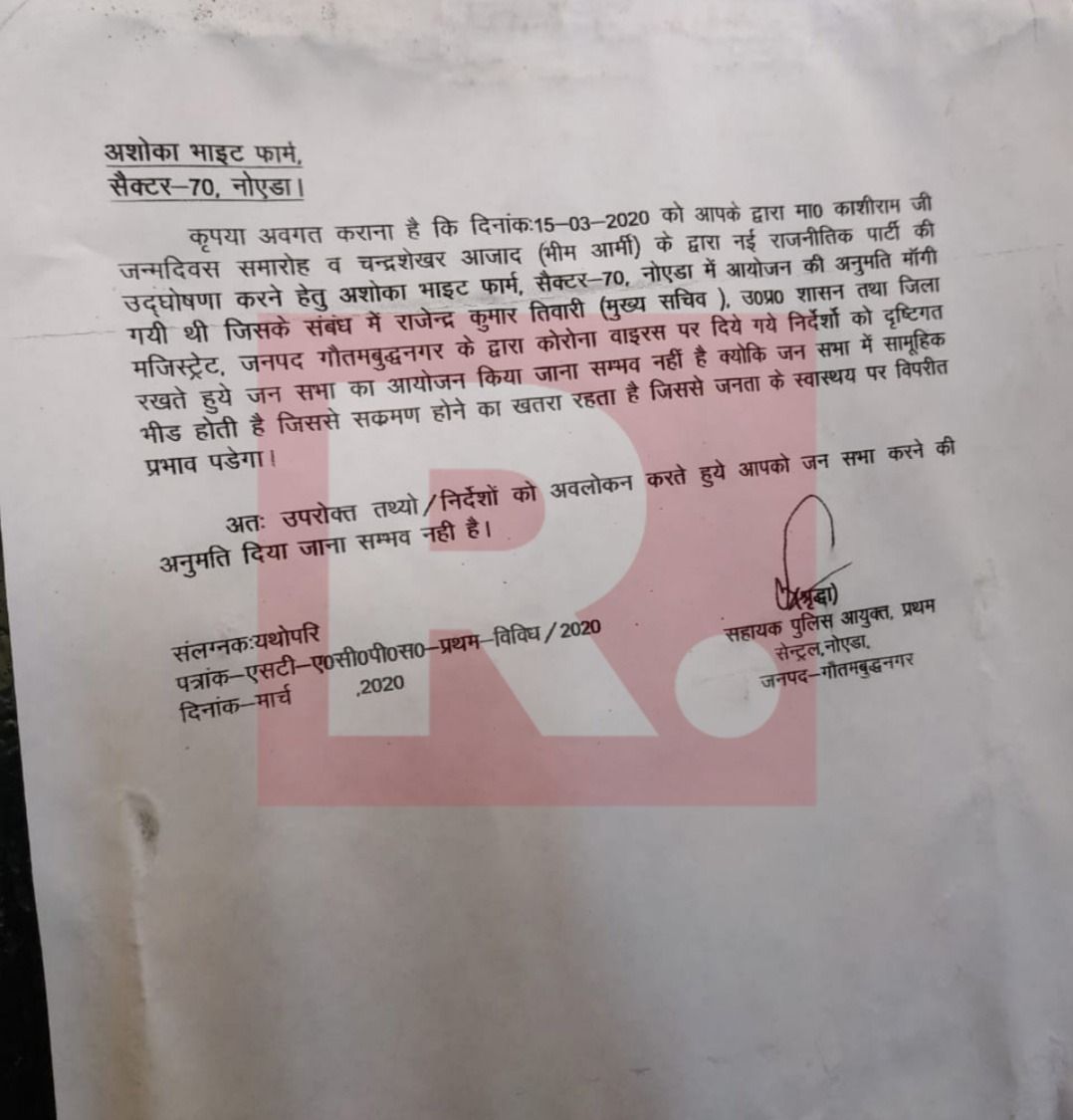 As per reports, Bhim Army spokesperson has informed that the name of the new outfit can be - Azad Bahujan Party, Bahujan Awam Party and Azad Samaj Party. He said that the name will be finalized after the Election Commission gives its approval. The party will also release its manifesto and launch a membership drive.

Bhim Army chief takes on UP CM Yogi Adityanath, says they 'will pay for each crime'

Earlier, Chandrashekhar Aazad's Army had its student wing called Bhim Army Students' Federation (BASF). The Bhim Army has also launched a campaign on social media, highlighting the need for a new political party. Chandra Shekhar has called upon Dalits, backwards, Muslims to join and support it.

Chandrashekhar Azad blames BJP over Delhi violence; asks, "Where is the Home Minister?"